What does Neil mean?

[ 1 syll. nei(l), ne-il ] The baby boy name Neil is pronounced as NIYL in English †. Neil is used predominantly in the Dutch, English, Irish, and Scottish languages, and it is derived from Latin and Celtic origins. Celtic origin, English, Irish, and Scottish use: Niall (Old Irish) and Nigellus (Latinized) are older forms of Neil. The name is from the Gaelic Niall, itself from the element 'niadh' (meaning champion, cloud, passionate), which is of disputed origin. The name was more popular among the Irish and Scottish in medieval times; among English speakers it was first regularly adopted in the 19th century. It is today used across all English-speaking countries.

In addition, Neil is a pet form (Dutch and English) of the name Cornelius (Dutch, English, and German).

The name Neilina (Scottish) is the female version of Neil.

Neil is a classic favorite. Today it is still a fairly popular baby name for boys, though it was in more widespread use previously. At the modest height of its usage in 1933, 0.098% of baby boys were given the name Neil. Its ranking then was #149. The baby name has since experienced a fall in popularity, and in recent years it is of occasional use. In 2018, its usage was only 0.022% and its ranking #626, but it was nonetheless the most popular within all boy names in its group. In 2018, Neil was more frequently used than the subsequent ranked name, Nelson, by 14% . 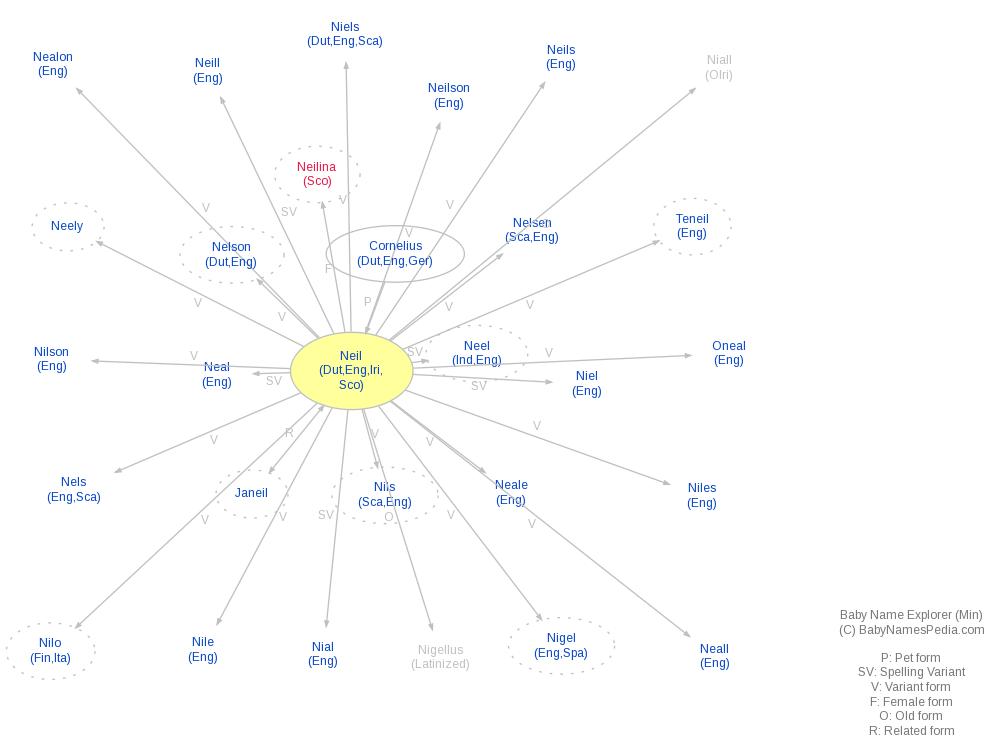