What does Neo mean?

Neo is used chiefly in the English and Italian languages, and its origin is English. The name is derived from the prefix meaning 'new', which is ultimately of the Greek 'neos'. The name has in recent times been made known as the character played by Keanu Reeves in the Matrix (1999-2003) trilogy of movies.

Neo is largely used in the Tswana language and its origin is African. The meaning here is gift.

Neo is infrequently used as a baby name for boys. It is not listed in the top 1000 names. 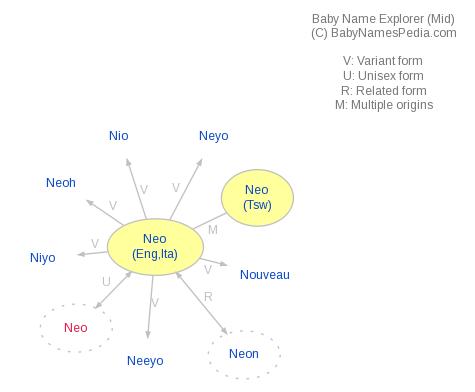