What does Nereus mean?

[ 3 syll. ne-reu(s), ner-e-us ] The baby boy name Nereus is pronounced as NIYR-iy-ahS or NIYR-uwS in English †. Nereus is used predominantly in the English and German languages, and its origin is Old Greek. A biblical name, it is derived from the element 'nereis' which means sea nymph. Nereos (Old Greek) and Nereus (Latin) are older forms of Nereus. The name was borne in Greek and Roman mythology by the sea god, also the oldest son of Pontus and Gaia, and the father of the Nereids or sea nymphs. It was also borne by the 1st-century Saint Nereus. The name Nereida (English and Spanish) and the name Nerina (Hungarian and Italian) are the female versions of Nereus.

Nereus is an unusual baby name for boys. It is not listed in the top 1000 names. 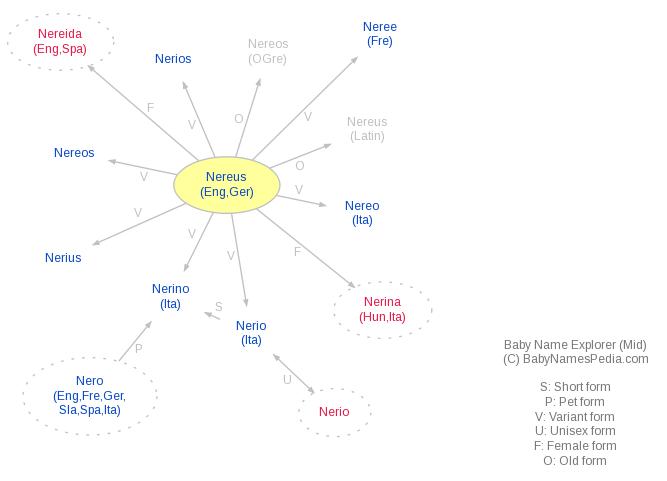