What does Nerina mean?

Nerina has its origins in the Old Greek language. It is used largely in Hungarian and Italian. It is derived from the word nereis with the meaning 'sea nymph'. The name is of uncertain origin; it could have developed as a feminine form of the obsolete Nerino, itself a diminutive of Nerio. Nerina is the feminine version of the English and German Nereus.

Forms of Nerina include the name Narine, the Greek Nerine, and the name Nérine.

Nerina is of Latin origin. The meaning here is 'black, dark'. From the Roman nickname. Nerina is the feminine version of the English, French, German, Slavic, Spanish, and Italian Nero.

Nerina is a form of the English and Spanish Nereida.

Nerina is also a form (Italian) of the English Nerissa.

Nerina is not popular as a baby girl name. It is not in the top 1000 names. 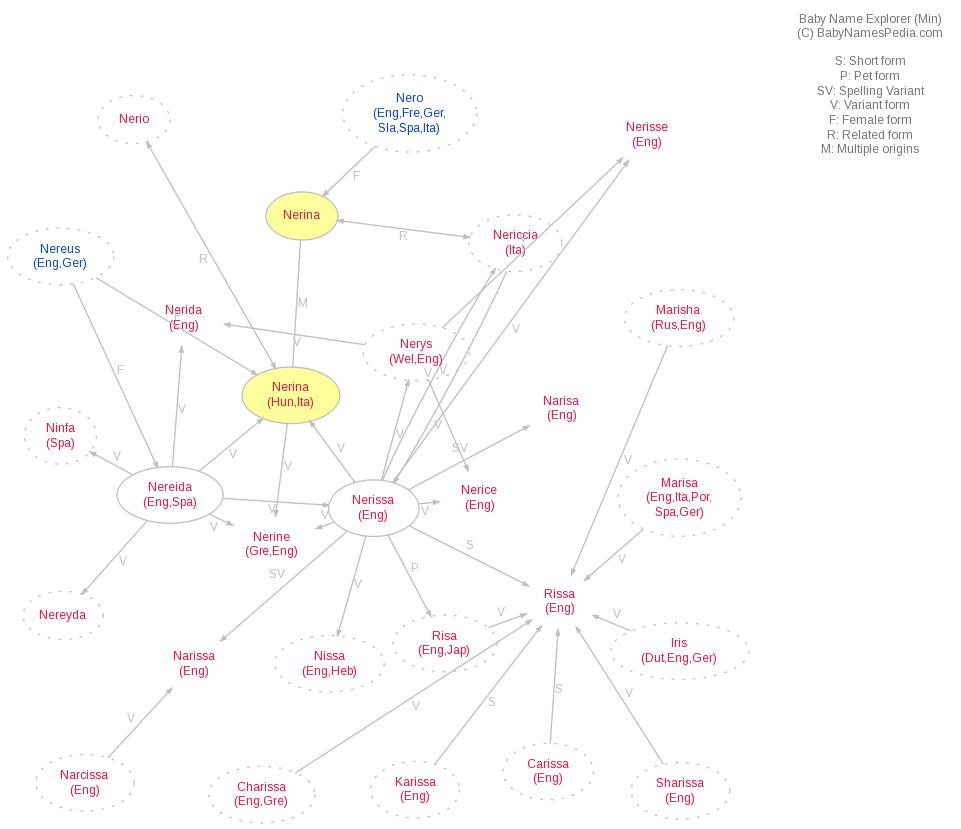