What does Nerys mean?

[ 2 syll. ne-rys, ner-ys ] The baby girl name Nerys is pronounced as N-ERihS- †. Nerys is used mostly in Welsh and English. Its language of origin is Old Greek and Welsh. From Welsh roots, its meaning is noblewoman; white lady - in this context, Nerys can be used in the English and Welsh languages. The name could be from the Welsh 'nêr' suffixed with the feminine '-ys', and generally interpreted as 'noblewoman' or 'lady', or else it could be a shortening of the popular medieval name Generys meaning 'white lady'. It has been used only in relatively modern times during the Welsh cultural revival, and it is rarely encountered outside of Wales.

In addition, Nerys is a derivative (Welsh) of the English name Nerissa.

Nerys is not commonly used as a baby girl name. It is not in the top 1000 names. 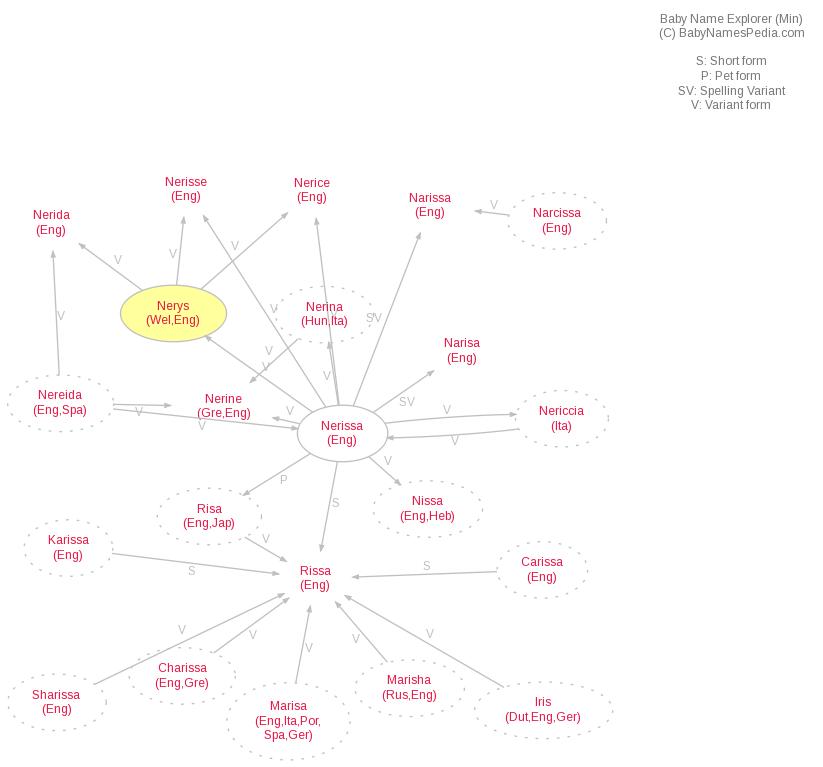