What does Nia mean?

[ 2 syll. nia, ni-a ] The baby girl name Nia is pronounced NIY-aa- †. Nia has its origins in the Celtic and African-Swahili languages, and it is used largely in English, African, Irish, Swahili, and Welsh. African-Swahili origin, African, English, Irish, Swahili, and Welsh use: It is derived literally from the word nia with the meaning 'aim, purpose'.

In addition, Nia is a derivative (English) of the Scottish Neilina.

Nia is also a shortening (African, English, Swahili, and Welsh) of the English and Irish Niamh.

Derivatives of Nia include the names Nea, Neya, Neyah, Niya, Niyah, and Nyia.

The spelling variants Niah (English), Nya (English), and Nyah (African and English) are other forms of the name. 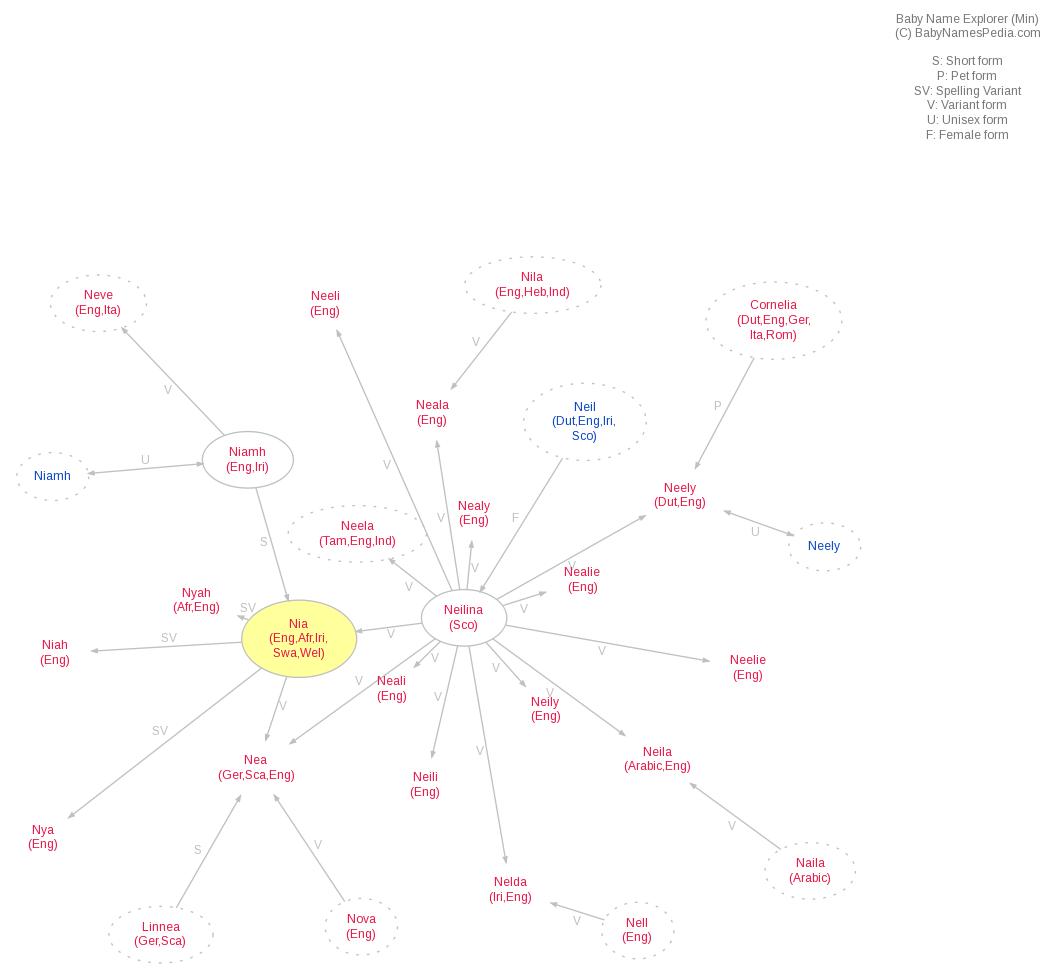