What does Nicole mean?

[ 2 syll. ni-co-le, nic-ole ] The baby girl name Nicole is also used as a boy name, though it is far more popular for girls. It is pronounced Nih-KOWL in English or Niy-KOWL in French †. Nicole has its origins in the Old Greek language. It is used largely in English, French, and German. Nicole is a form of the English, German, and Italian Nicola.

See also the related form, the English and French Nichelle.

Nicole is popular as a baby girl name. The name grew in popularity from the 1940s up to the 1980s. At the height of its usage in 1983, 1.252% of baby girls were named Nicole. It had a ranking of #7 then. The baby name has seen a substantial decline in frequency since then. In 2018, it ranked at #218 with a usage of only 0.077%, but it was nevertheless the most frequently used within all girl names in its family. Nicole has mainly been a baby girl name in the last century. There were 187 times more baby girls than boys who were named Nicole in 1989. 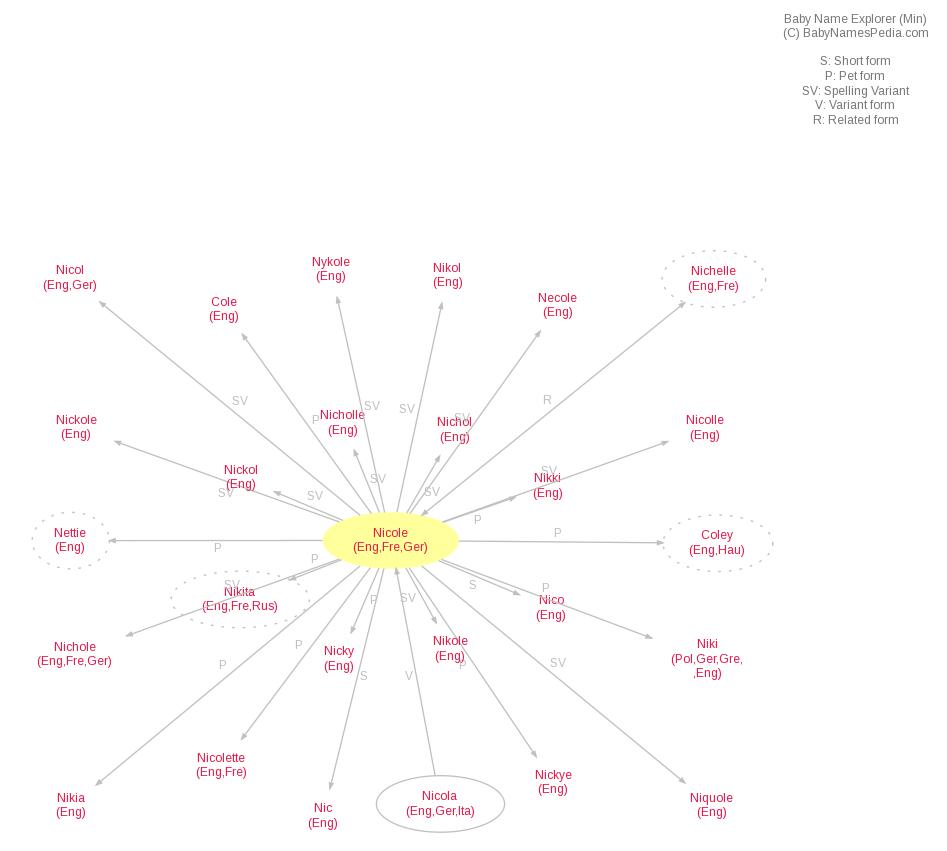