What does Nissa mean?

Nissa has its origins in the African-Hausa language, and it is used largely in English and Hebrew. Nissa's meaning is 'a remembered loved one'.

Nissa has 13 forms that are used in English and foreign languages. English forms include Niesha, Nissah, Nissanit, Nissi, Nissie, Nissnana, Nissy, Nysa, Nyssa, and Nysse. Forms of Nissa used in foreign languages include the Hebrew Nisa and the Scandinavian Nisse. The contracted form Nis (Hebrew) is another foreign variant.

Nissa is of Hebrew origin. Meaning: to test.

In addition, Nissa is a form of the English Nerissa.

Nissa is also a form of the English and Scandinavian Nyssa.

Nissa is not frequently used as a baby girl name. It is not ranked within the top 1000. 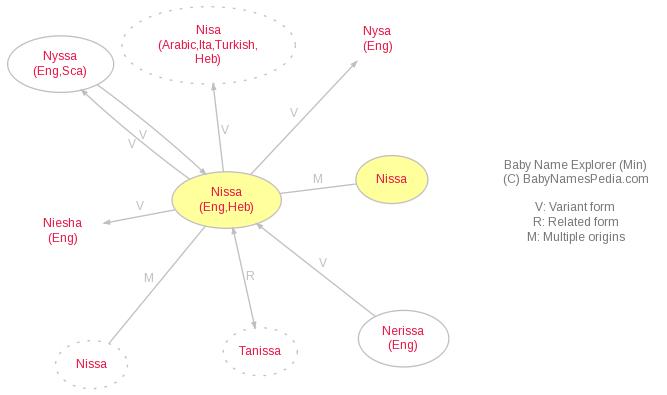