What does Noah mean?

[ 2 syll. noa(h), no-ah ] The baby boy name Noah is also used as a girl name, but it is much more common for boys. It is pronounced in English as NOW-ah †. Noah is an English, German, Hebrew, and Slavic name of Hebrew origin. The name is of the meaning rest, comfort, long-lived. Noach (Hebrew) is an original form of Noah. The name is of uncertain origin; it could be of the element 'noach' or 'nacham'. It was borne in the Bible by the builder of the Ark during the great Flood sent by God to destroy humankind for their wicked ways; the biblical meaning is 'rest' or 'comfort'. The name was first adopted by English Puritans in the 17th century. See Noah for more information.

Noah is very popular as a baby name for boys, and it is also considered fairly trendy. The name's popularity has been growing since the 1960s. Its usage peaked recently in 2015 with 0.963% of baby boys being given the name Noah. Its ranking then was #1. In 2018, its usage was 0.947% and its ranking #2, and it was the most popular among all boy names in its group. In 2018, Noah was more frequently used than the next most popular name, Noel, by 23 times. Noah has in the past century been predominantly given to baby boys. 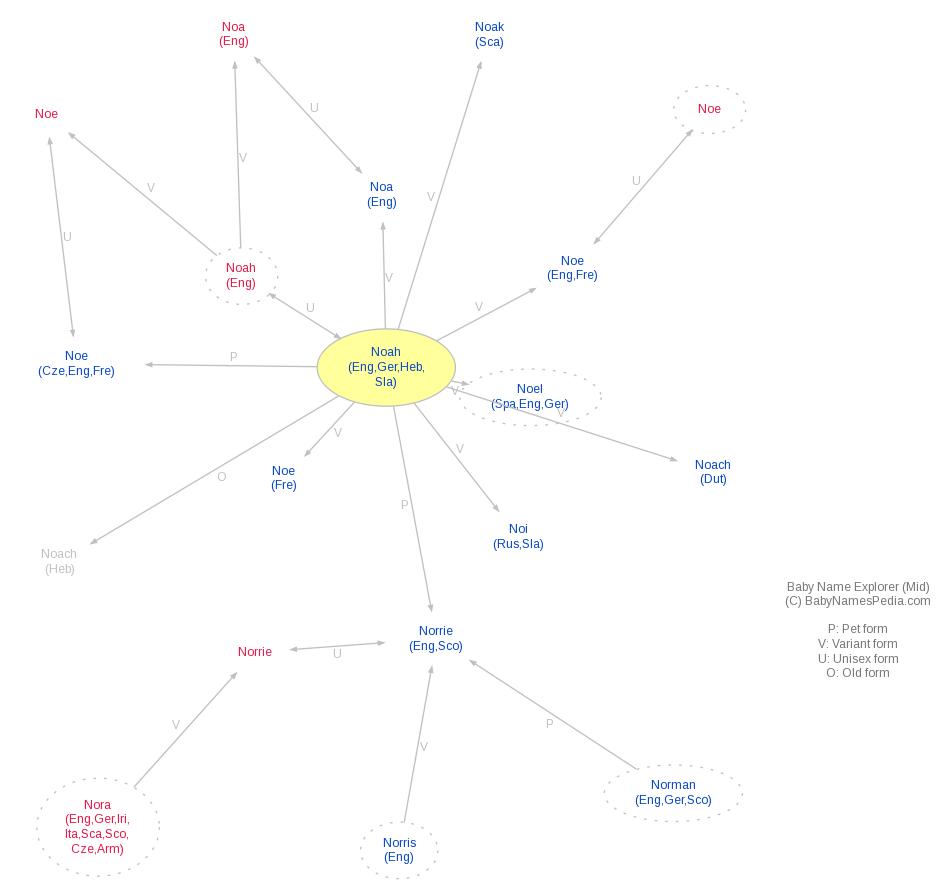