What does Nonie mean?

[ 2 syll. no-nie, non-ie ] The baby girl name Nonie is also used as a boy name, though it is far more popular for girls. It is pronounced as NOW-Niy- †. Nonie has its origins in the Old Greek, African-Hausa, and Latin languages. It is used largely in English.

Nonie is a diminutive of the English Ione.

Nonie is also a form of the English Nona.

Nonie is also an English diminutive of Nora.

Nonie is unusual as a baby girl name. Its usage peaked modestly in 1903 with 0.007% of baby girls being named Nonie. It had a ranking of #754 then. The baby name has dropped in popularity since then, and is of only irregular use now. In 2018, among the family of girl names directly related to Nonie, Nora was the most popular. Nonie has mainly been a baby girl name in the last century. 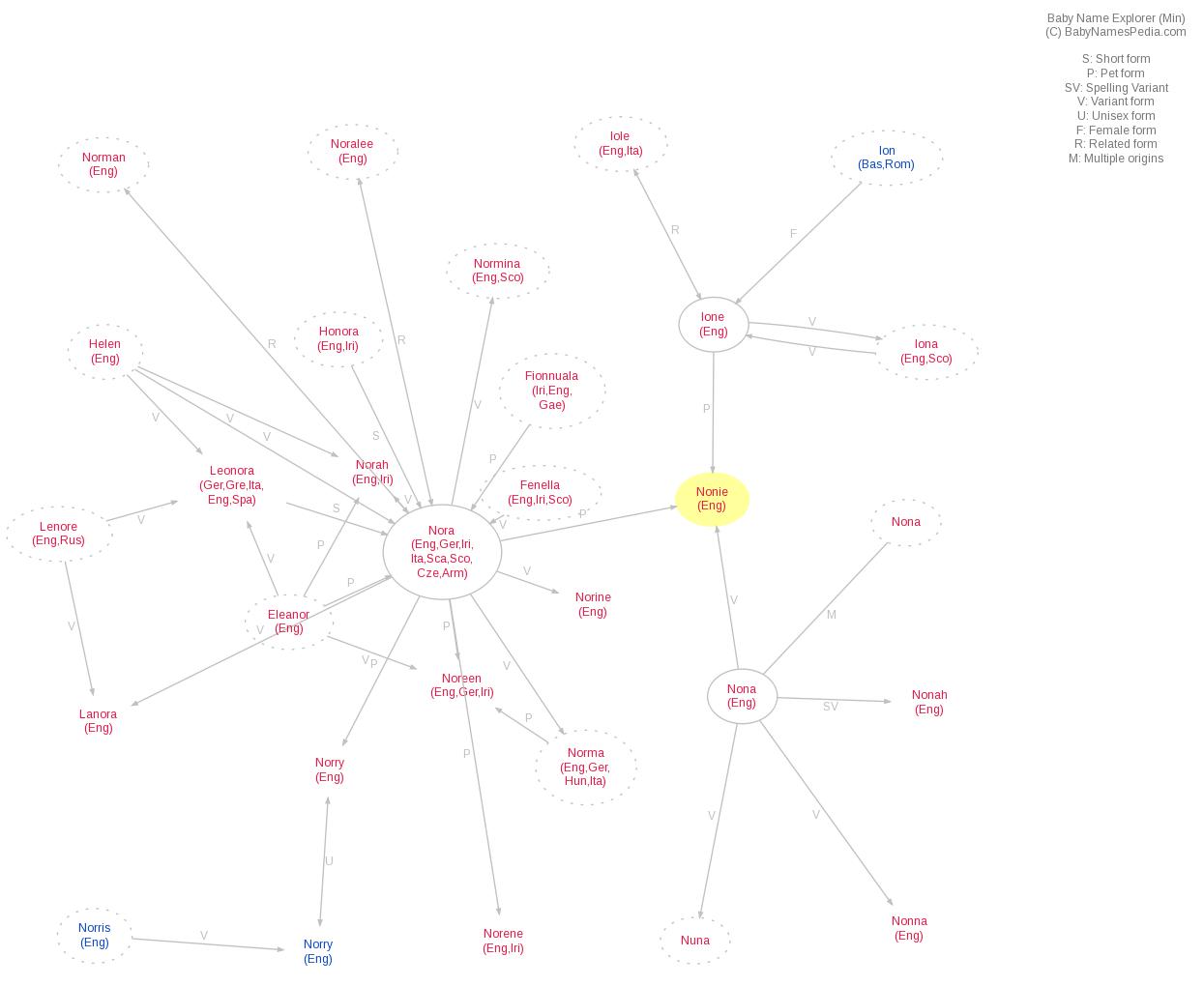