What does Norma mean?

[ 2 syll. nor-ma, no-rma ] The baby girl name Norma is pronounced in English as NOWR-Mah †. Norma is used mostly in the English, German, Hungarian, and Italian languages, and its language of origin is Latin. The name is possibly from the Latin 'norma' (meaning rule, standard, pattern) in reference to the carpenter's method of measurement. It was first invented by Felice Romani in his libretto for the Bellini opera Norma (1831), in which Norma is a high-priestess. The name has in modern times been used as a feminine form of Norman despite the difference in origin.

In addition, Norma is a derivative of Nora.

Another variant of Norma is the English and Irish pet form Noreen.

Norma is unusual as a baby name for girls. Its usage peaked in 1931 with 0.794% of baby girls being given the name Norma. Its ranking then was #22. The baby name has since markedly declined in popularity, and is currently used on a very modest scale. Among the group of girl names directly linked to Norma, Nora was the most regularly used in 2018. 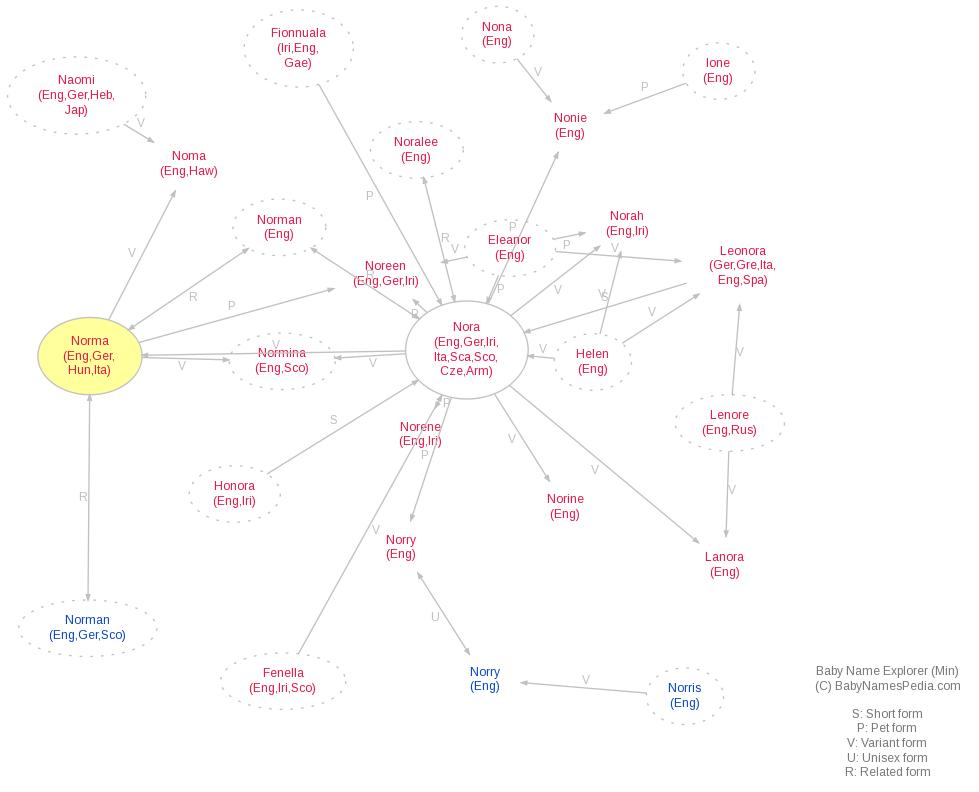