What does Norris mean?

[ 2 syll. nor-ris, no-rr-is ] The baby boy name Norris is pronounced as NAORRihS †. Norris is primarily used in English and it is of Germanic origin. Norris' meaning is Northman, Norseman, Norman, Viking, northerner. The first name is derived from the English surname, which is itself from the first name Norman. As a first name, it was popular during the 19th century but it has since fallen into disuse.

Norris is rare as a baby name for boys. At the modest peak of its usage in 1924, 0.026% of baby boys were named Norris. It ranked at #331 then. The baby name has since markedly dropped in popularity, and is now used on an infrequent scale. Out of all boy names in its group, Norris was nevertheless the most commonly used in 2018. 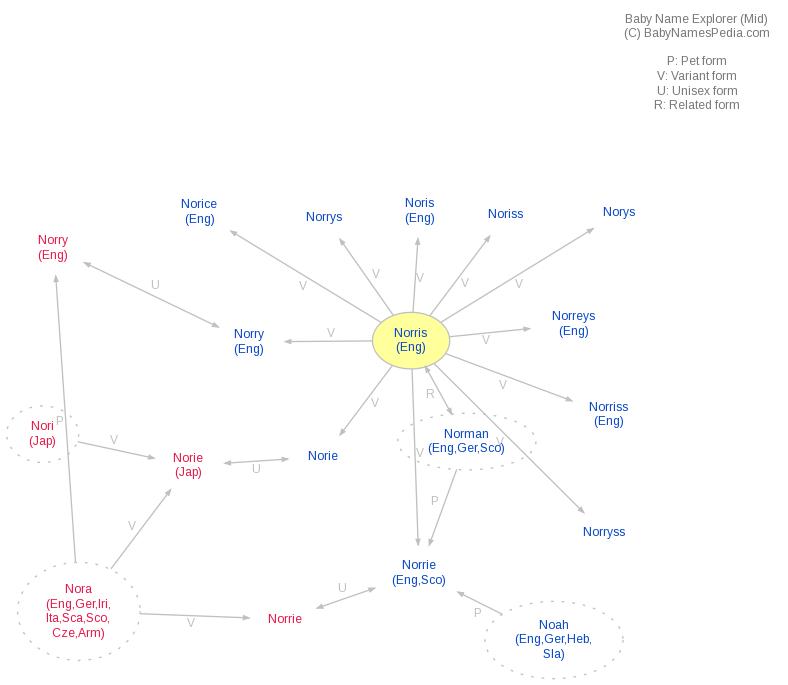