What does Nova mean?

[ 2 syll. no-va, nov-a ] The baby girl name Nova is also used as a boy name, though the use for girls is far more popular. It is pronounced NOW-Vaa- †.

Nova's language of origin is English and it is also predominantly used in English. It is derived from the word novus which is of the meaning 'new'.

Nova is of Native American-Hopi origin. The meaning here is 'chasing a butterfly'.

Nova is a popular baby girl name, and it is also perceived as trendy. The name has been rising in popularity since the 2010s. At the modest peak of its usage in 2018, 0.223% of baby girls were named Nova. It was #56 in rank then. Out of all girl names in its family, Nova was the most popular in 2018. Nova was used 12 times more than the 2nd most popular name, Novalee, in that year. 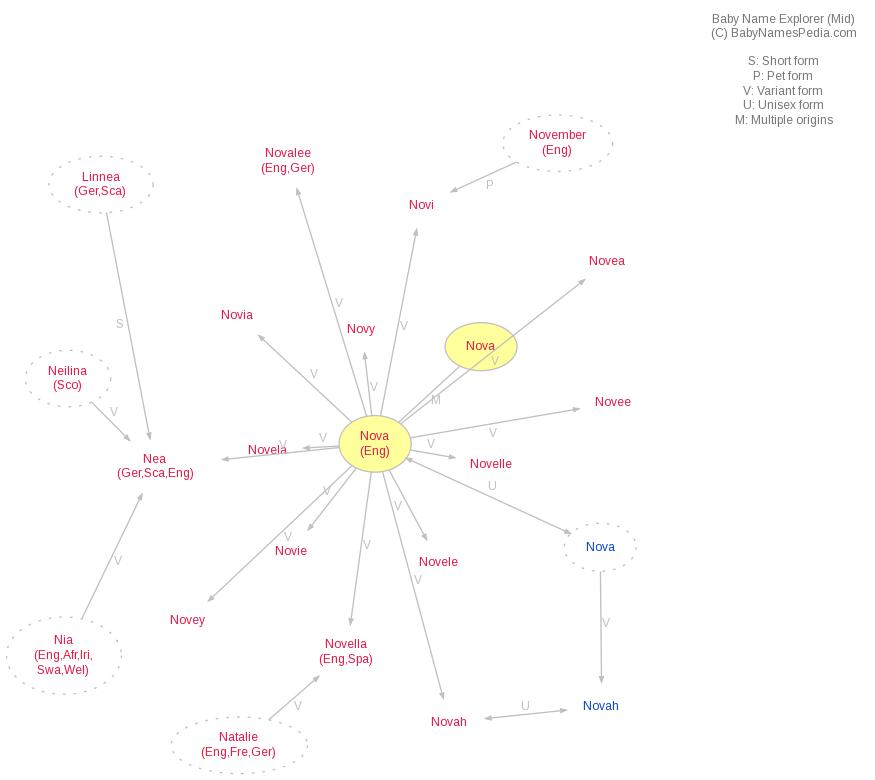