What does Octavius mean?

[ 4 syll. oc-ta-viu(s), oct-avi-us ] The baby boy name Octavius is pronounced as aaK-TEYV-iy-ahS in English †. Octavius is used predominantly in the English and German languages, and its origin is Latin. The first name is derived from the Roman family name Octavius (Latin), which is itself from the Roman nickname Octavus (Latin) of the Latin element 'octavus'. The name is known from Emperor Augustus (63BC-14AD), who was born Gaius Octavius Thurinus. The name was commonly given in the Victorian era to an eighth child in a large family; although modern use does not necessarily allude to the custom, the association may have diminished its popularity as families became smaller. The name saw a brief revival in the 19th century. The name Octavia (English and German) is the female version of Octavius.

Both the origin and meaning of Octavius is inherited by all variant forms.

Octavius is an uncommon baby name for boys. At the modest height of its usage in 1991, 0.006% of baby boys were given the name Octavius. It ranked at #949 then. The baby name has since fallen in popularity, and is currently of irregular use. Within all boy names in its group, Octavius was nonetheless the most frequently used in 2018. 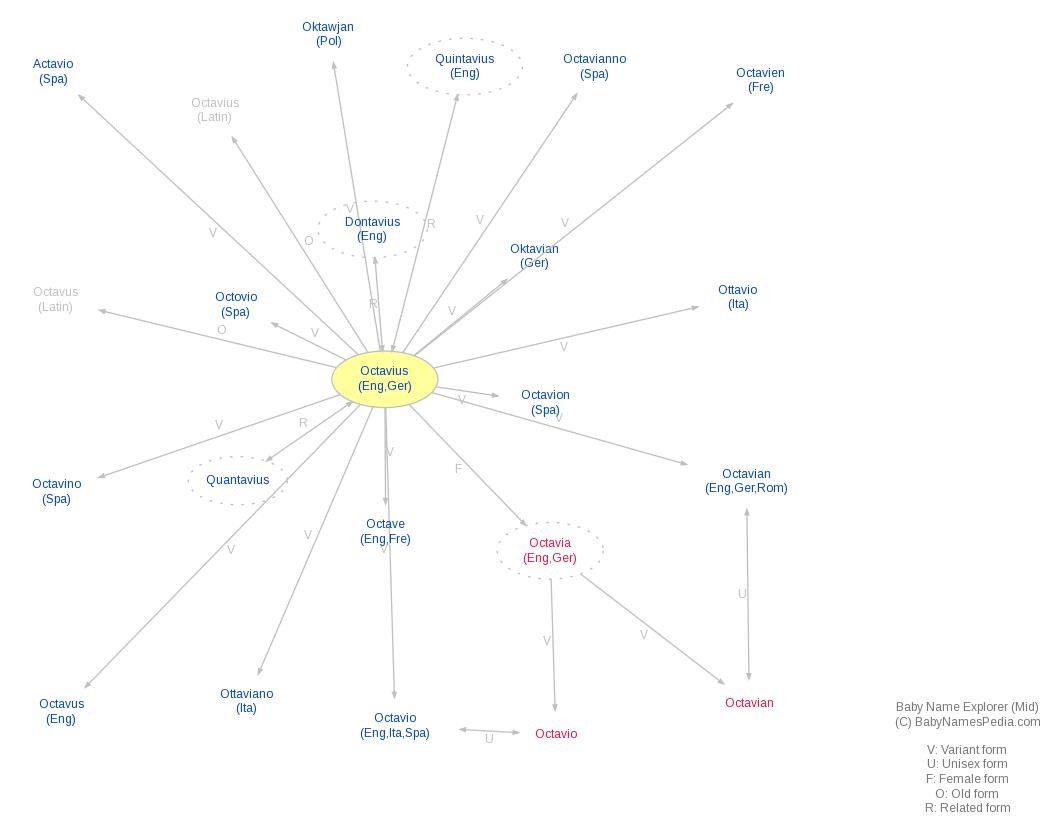