What does Odette mean?

[ 2 syll. o-det-te, od-e-tte ] The baby girl name Odette is pronounced owDEHT †. Odette is of Germanic origin. It is used mainly in English, French, German, and Dutch. The name first developed as the feminine equivalent of the Old French masculine name Oda. It was borne by a fairy in the Tchaikovsky ballet Swan Lake (1877). It was later made known by the World War II heroine Odette Sansom (1912-1995), whose story was told in the film Odette (1950).

Variant forms share both the origin and meaning of the name Odette.

Odette is uncommon as a baby girl name. At the modest height of its usage in 1905, 0.006% of baby girls were named Odette. It was #843 in rank then. The baby name has slipped in popularity since then, and is used only on a very light scale today. Within all girl names in its family, Odette was nevertheless the most widely used in 2018. 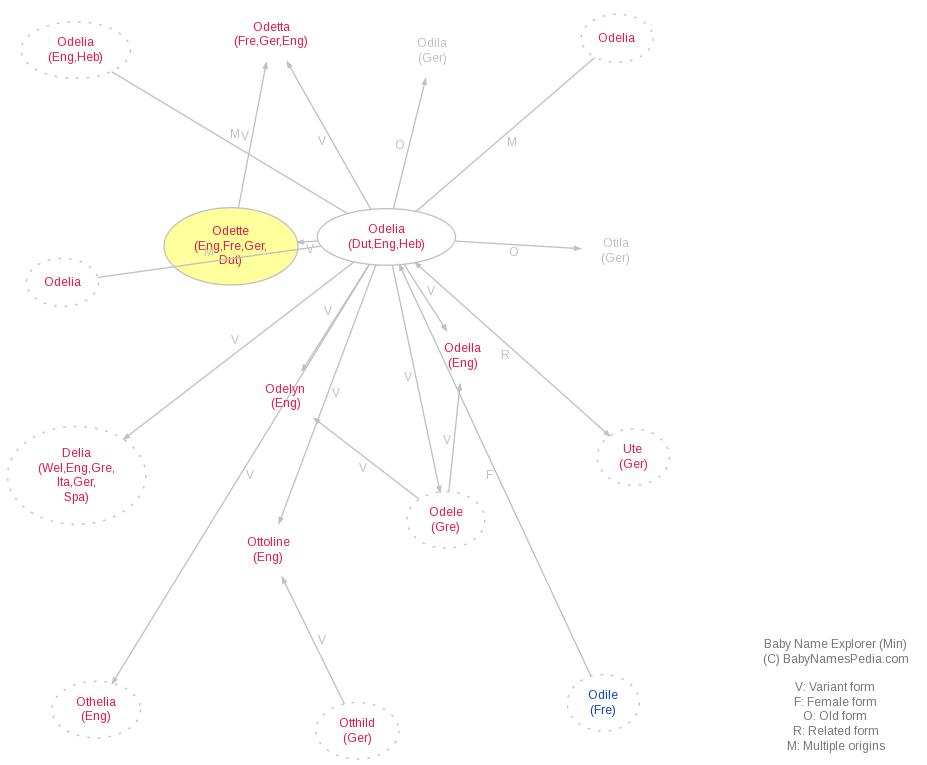