What does Odin mean?

[ 2 syll. o-din, od-in ] The baby boy name Odin is pronounced OWDihN- †. Odin has its origins in the Old Norse language. It is used largely in the English and Scandinavian languages. Odinn (Old Norse), Wodan (Germanic), Wodanaz (Germanic), Woden (Old Saxon), Wotan (Germanic), and Wuotan (Germanic) are old forms of Odin. The name is from the Old Norse odr (meaning 'fury, inspiration'), which is related to the Indoeuropean element wat ('to blow, to inspire'). The name was borne by the chief god in Norse mythology; he was also known as the god of war, wisdom and death.

Odin is rather popular as a baby boy name, and it is also viewed as trendy. The name's popularity has been rising since the 2000s; before that, it was of only irregular use. At the modest peak of its usage in 2018, 0.051% of baby boys were given the name Odin. It was #338 in rank then. Out of all boy names in its family, Odin was the most widely used in 2018. 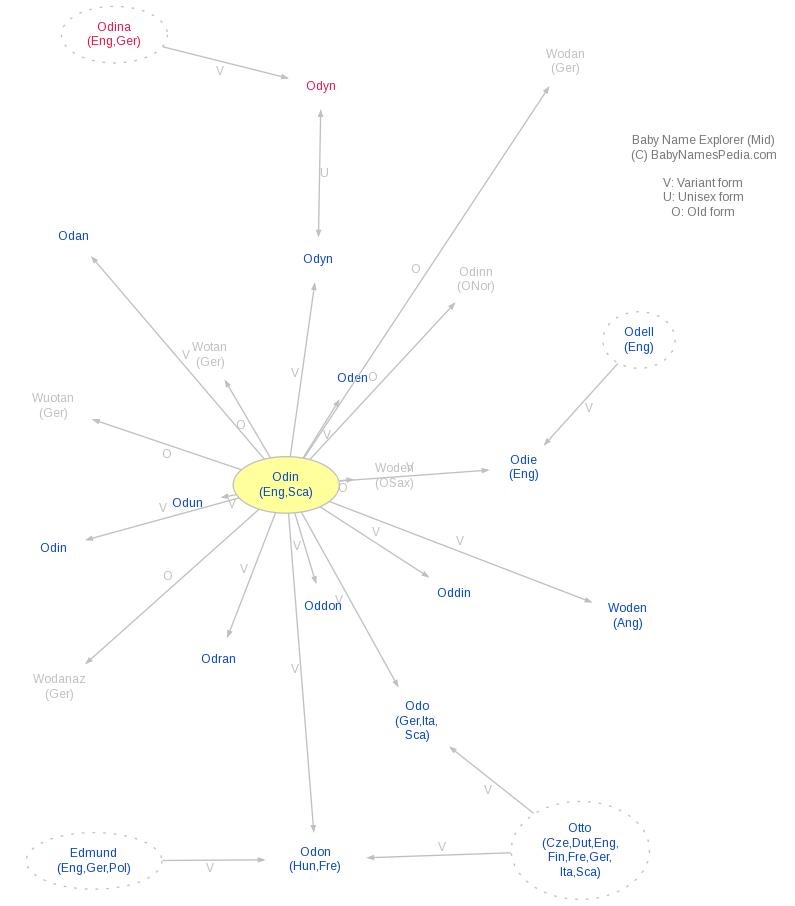