What does Olaf mean?

[ 2 syll. o-laf, ol-af ] The baby boy name Olaf is pronounced as OW-LaeF in English or OW-LaaF in Dutch and German †. Olaf is used chiefly in the Dutch, English, German, and Scandinavian languages. It is derived from Old Norse origins. The name is derived from the Old Norse 'anleifr' meaning 'family descendant', which is comprised of the elements 'anu' and 'leifr' (meaning heir, descendent). It was borne by several Scandinavian kings, most notably Olaf Haraldsson (995-1030), who was later canonized as Saint Olaf. The name has long been used in Scandinavian countries. It was introduced intto England by the Vikings before the Norman Conquest, and later saw a revival in the 19th century from Scandinavian immigrants in the USA.

Olaf is a widely used name; it has 23 variants that are used in English and other languages. Variants of Olaf used in English include Auley, Auliffe, Olaff, Olan, Olef, Oleif, Olen, Olev, and Olin. The contraction Ole (used in German, and Scandinavian as well) is another English variant.

Olaf is uncommon as a baby boy name. At the height of its usage in 1908, 0.014% of baby boys were given the name Olaf. It was #533 in rank then. The baby name has markedly declined in popularity since then, and is today of very modest use. Within all boy names in its family, Olaf was nonetheless the most widely used in 2018. 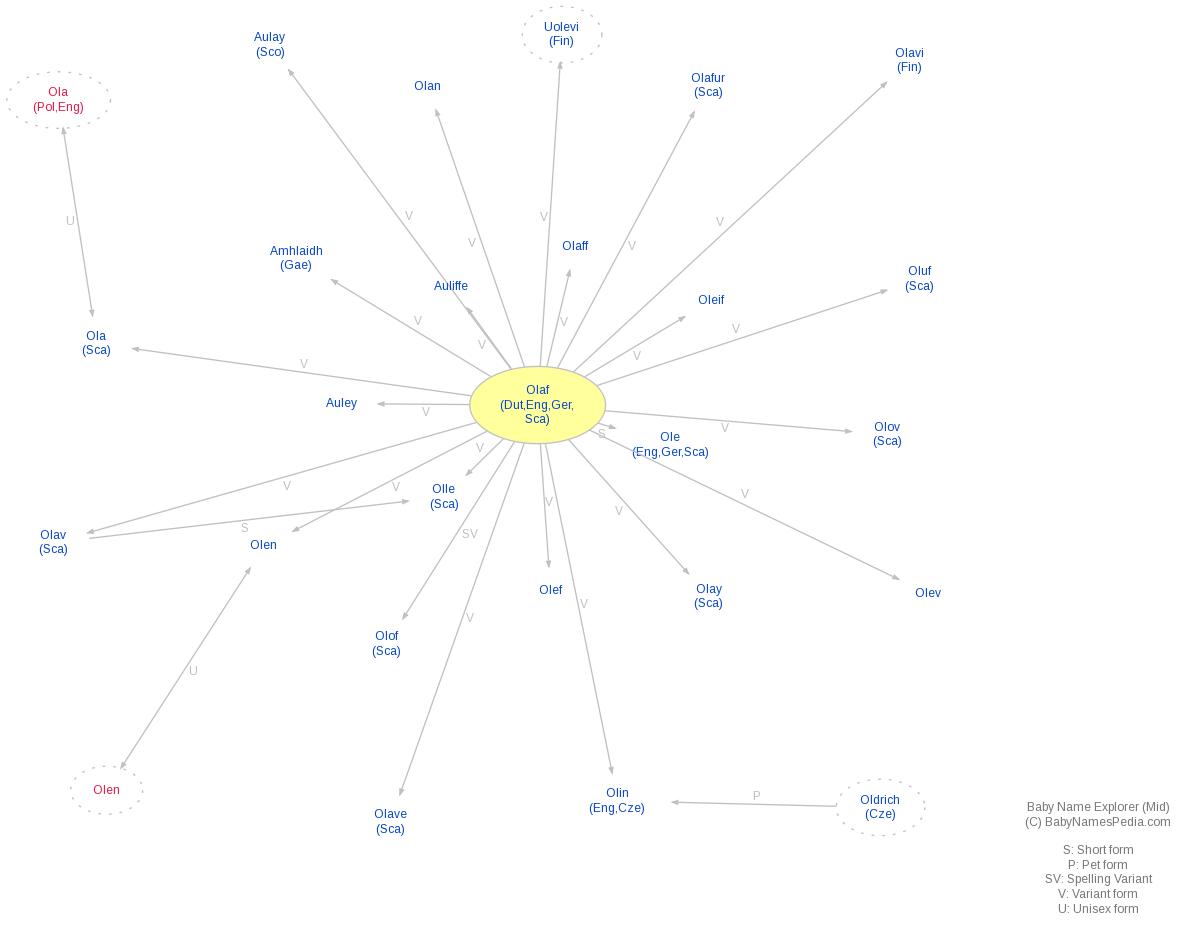