What does Olga mean?

[ 2 syll. ol-ga, olg-a ] The baby girl name Olga is pronounced as AOL-Gaa in German and Polish or OWL-Gaa in Russian †. Olga is mainly used in Armenian, English, Hungarian, Polish, Portuguese, Russian, and Slavic, and it is of Old Norse origin. Olga is a variant form of the English, German, and Scandinavian name Helga.

Olga is uncommon as a baby name for girls. At the modest height of its usage in 1916, 0.155% of baby girls were named Olga. It ranked at #126 then. The baby name has since experienced a marked decline in frequency, and is today of irregular use. Within all girl names in its group, Olga was nevertheless the most widely used in 2018. 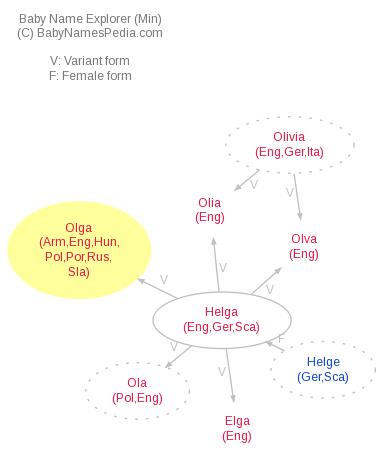