What does Om mean?

[ 1 syll. om ] The baby boy name Om is also used as a girl name. It is pronounced as OW-M †. Om is used chiefly in the Indian language, and its origin is Sanskrit and Hebrew. Sanskrit origin: The name is derived from the Sanskrit element 'om', which is also written and intoned as 'aum' in reference to the three stages of life: birth, life, and death. Hindus also regard 'om' as a sacred syllable that represents all the sounds that the human voice can make, and that it invokes the names of the gods Vishnu, Shiva and Brahma.

In addition, Om is a short form of the name Omri (English and Hebrew).

Om is rarely used as a baby name for boys. It is not listed in the top 1000 names. 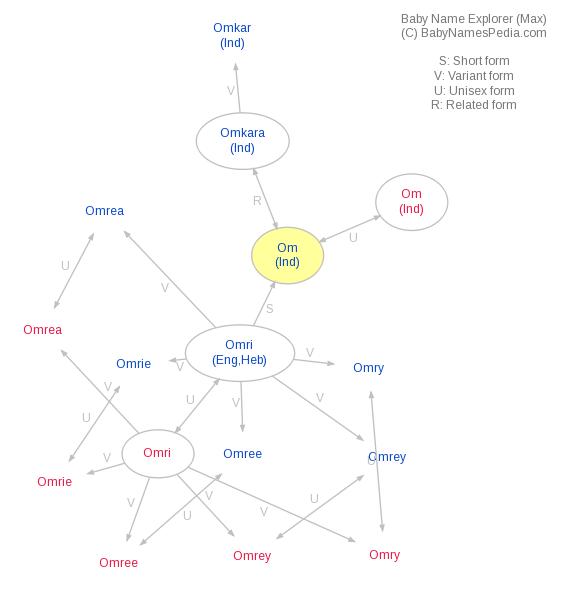