What does Omega mean?

[ 3 syll. o-me-ga, om-ega ] The baby girl name Omega is also used as a boy name. It is pronounced in English as ow-MEY-Gah †. Omega is of Old Greek origin and it is used mainly in Greek. The name Omega means 'last-born child'. Its meaning is derived literally from the word omega. See Omega for more information.

Omega is not often used as a baby girl name. It is not in the top 1000 names. 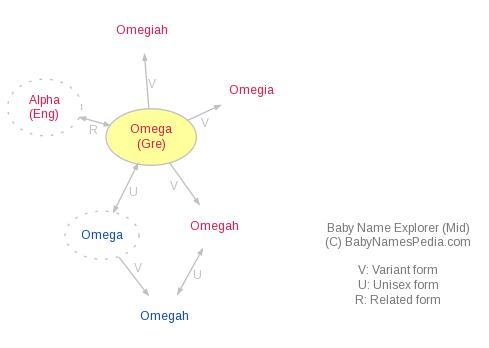