What does Opal mean?

[ 2 syll. o-pal, op-al ] The baby girl name Opal is pronounced as OWPaeL †. Opal is primarily used in the English and Indian languages. Its language of origin is English. It is from the words 'opal' ; 'upala' meaning precious stone. The first name is derived from the name of the gemstone, which is itself derived via Latin and Greek from the Sanskrit 'upala'. The name was adopted by English speakers during the vogue for jewel names in the 19th century, but it was not as commonly bestowed. It has sometimes been given to girls born in October, the month in which opal is the birthstone.

Opal is a classic favorite. Currently it is still a somewhat popular baby girl name, but not as much as it was in the past. Its usage peaked in 1909 with 0.279% of baby girls being given the name Opal. It had a ranking of #82 then. The baby name has steeply fallen in popularity since then, and in recent years it is of very modest use. In 2018, its usage was only 0.018% and its ranking #820, but it was nonetheless the most regularly used among all girl names in its family. The name Opal has been mainly given to girls, though it has also been used as a boy name in the last century. There were 43 times more girls than boys who were named Opal in 1911. 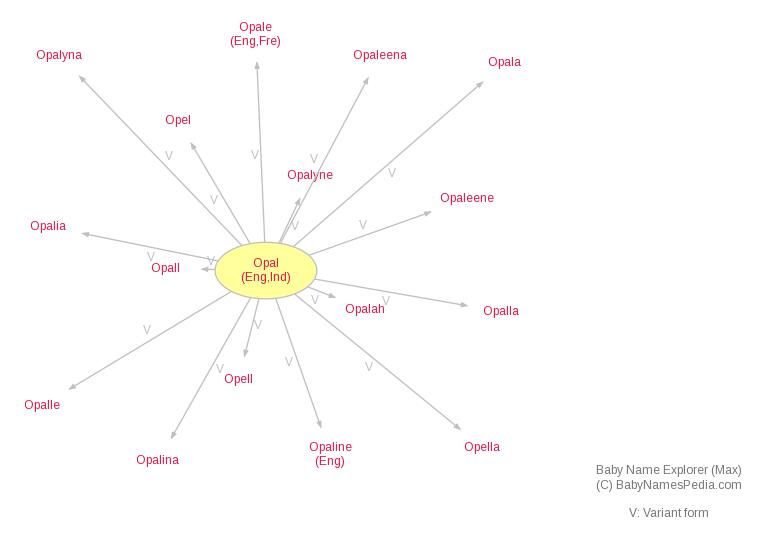