What does Ora mean?

Ora is of Hebrew origin. It is used mainly in English and Hebrew. The meaning of Ora is 'light'. See Ora for more information.

Ora's language of origin is Latin and it is predominantly used in English. It is derived from the word orare with the meaning 'to pray for'.

In addition, Ora is a spelling variant of the English Aura.

Ora is also a form of the English, German, Italian, Polish, and Romanian Aurelia.

Ora is also a form of Aurora.

Ora is an unusual baby girl name. Its usage peaked modestly in 1901 with 0.157% of baby girls being named Ora. It was #127 in rank then. The baby name has experienced a steep decline in frequency since then, and is currently of only irregular use. In 2018, among the family of girl names directly related to Ora, Aurora was the most frequently used.

Baby names that sound like Ora include Ori, Eira, Ohara, and Oighria. 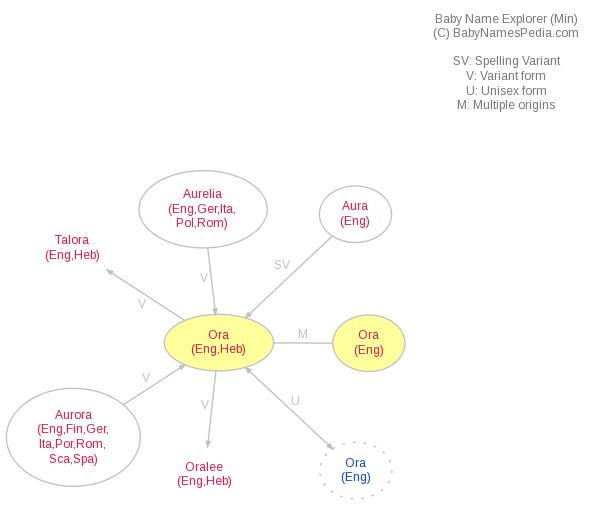