What does Ora mean?

[ 2 syll. o-ra, or-a ] The baby boy name Ora is also used as a girl name, with the latter form being more common. Its pronunciation is OWRaa- †. Ora is used predominantly in the English language, and its origin is Latin and Celtic. Latin origin: The name is possibly derived from the Latin 'orare'. It has been adopted in America since the 19th century.

In addition, Ora is a variant of the name Oran (English and Irish).

Ora is uncommon as a baby name for boys. At the modest height of its usage in 1902, 0.032% of baby boys were given the name Ora. Its ranking then was #289. The baby name has since experienced a substantial loss in popularity, and is currently of infrequent use. Within all boy names in its group, Ora was nonetheless the most regularly used in 2018. Ora has predominantly been a girl name in the past century. In 1946, Ora as a girl name outnumbered its use as a boy name by 8 times. 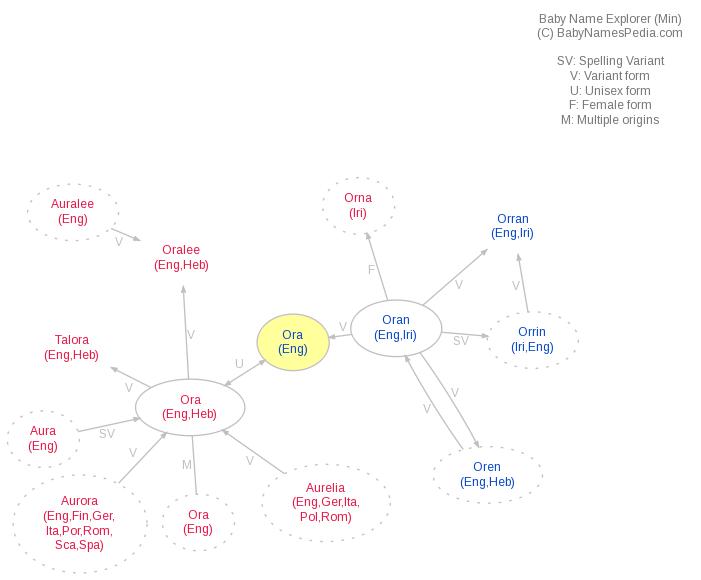