What does Oriana mean?

[ 4 syll. o-ria-na, or-i-ana ] The baby girl name Oriana is pronounced aoR-iy-AENNaa- †. Oriana's language of origin is Old French. It is predominantly used in the English and Italian languages. The name means 'gold; sunrise, dawn'. The name could be derived from the Old French or Spanish oro, which is related to the Latin aurum. It could also be from the Latin oriri thus meaning 'sunrise' or 'dawn'. The alternative derivations may be connected via the Indoeuropean toot word ori. The name was popular in the 16th century, when the English queen Elizabeth I was referred to as Oriana as a poetic name. 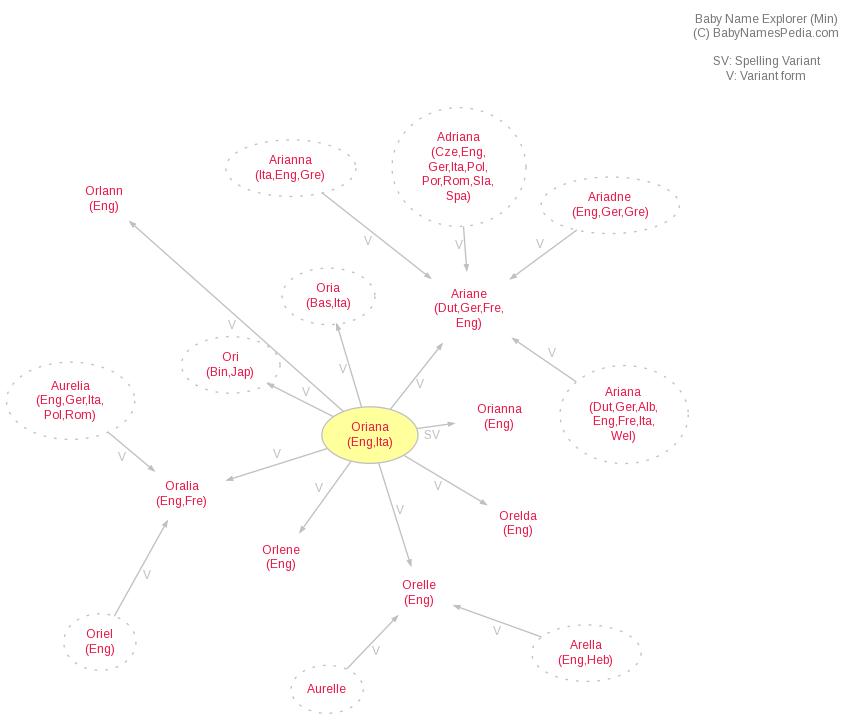