What does Orla mean?

[ 2 syll. or-la, orl-a ] The baby girl name Orla is pronounced AORLaa- †. Orla's language of origin is Celtic, and it is used largely in the English and Irish languages. The name is of the meaning 'golden princess'. It is derived from ór meaning 'gold' ; flaith 'princess, lady'. Órfhlaith (Old Irish) is an older form of Orla. The name is Anglicized from the Gaelic Órla and its earlier form Órfhlaith. It was borne by the sister, the daughter, and the grand niece of the Irish king Brian Boru in the 10th and 11th centuries. The Irish naval ship LÉ Orla (1984) was named after the grand niece of the king. The name is mostly used in Ireland.

Orla is rarely used as a baby name for girls. It is listed outside of the top 1000 names. In 2018, within the group of girl names directly linked to Orla, Aurelia was the most commonly used. 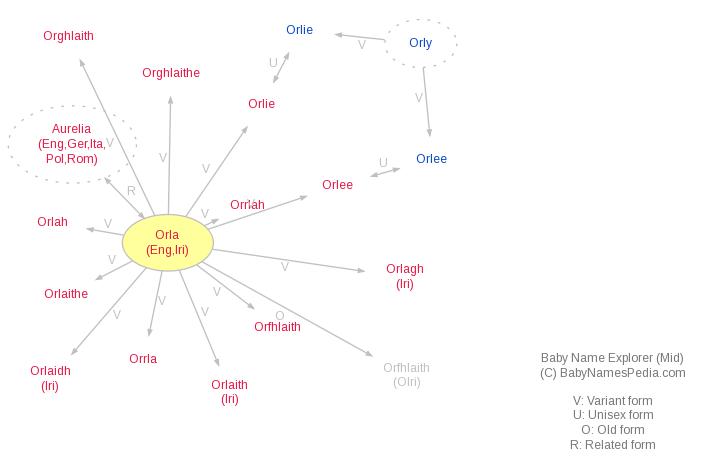