What does Orson mean?

[ 2 syll. or-son, ors-on ] The baby boy name Orson is pronounced as AORSahN †. Orson is largely used in the English and French languages, and it is derived from Old French origins. The name is derived from Old French 'ourson', a diminutive of 'ors', which is from the Latin 'ursus'. It is known from the medieval legend of the twins Valentine and Orson who were abandoned in the woods; Orson was later brought up by bears. The name was later known from the US actor and director Orson Welles (1915-1985), who dropped his first name George in favor of his middle name Orson. In modern times, the first name usually represents a transferred use of the surname. The name Orsina (English) is the female equivalent of Orson.

Variant forms inherit the origin and meaning of Orson.

Orson is an unusual baby name for boys. Its usage peaked in 1901 with 0.006% of baby boys being given the name Orson. Its ranking then was #921. The baby name has since experienced a loss in popularity, and is now of very modest use. In 2018, among the group of boy names directly linked to Orson, Sonny was the most frequently used. 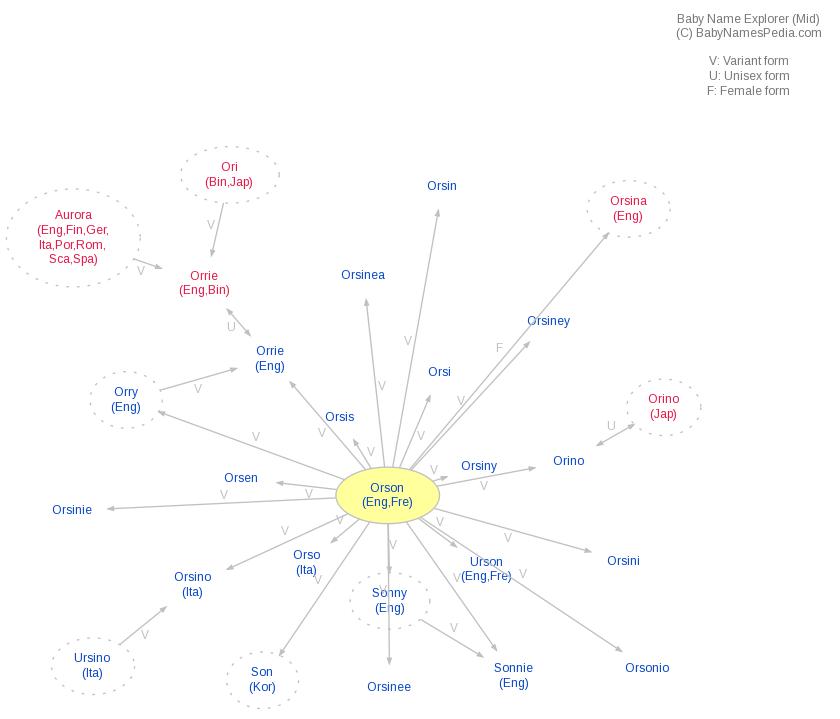