What does Ossian mean?

[ 3 syll. os-sian, oss-i-an ] The baby boy name Ossian is pronounced as OW-Siy-ahN †. Ossian is used predominantly in the English and Irish languages, and its origin is Irish and Celtic. From Celtic roots, its meaning is little deer. The name is derived as a diminutive of the Irish 'os'. It was borne in Irish mythology by the son of Finn MacCool (Fionn mac Cumhail), and later popularized by the Scottish poet James Macpherson, who published the Ossianic poems in the 1760s under the guise of Ossian himself.

In addition, Ossian is a variant of the name Oisin.

The name Ossia (Irish) is the female version of Ossian.

Ossian is an unusual baby name for boys. It is not listed in the top 1000 names. 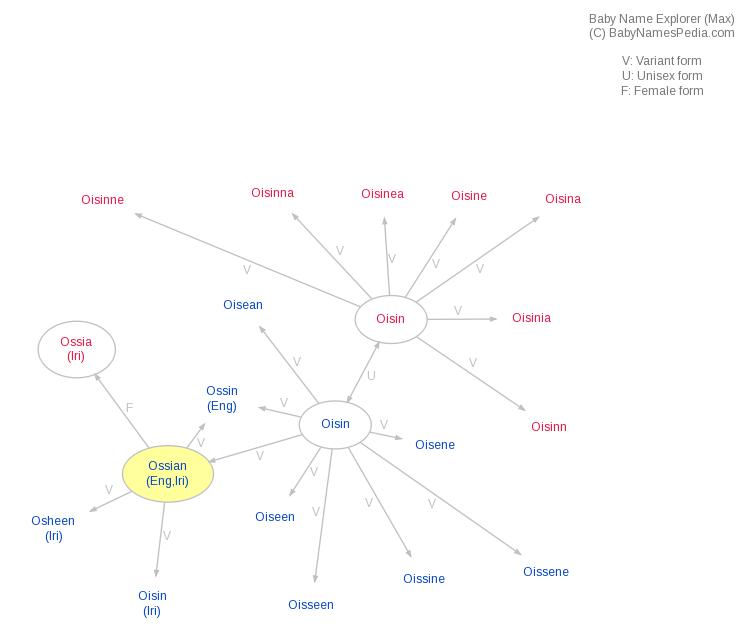