What does Otha mean?

[ 2 syll. ot-ha, oth-a ] The baby girl name Otha is also used, and more frequently so, as a boy name. It is pronounced AHDHAA †. Otha's origin is Germanic, and its use, English. It is derived from the word uod with the meaning 'wealth, fortune'. Otha is the feminine form of the Czech, Dutch, English, Finnish, French, German, Italian, and Scandinavian Otto.

Otha is uncommon as a baby girl name. At the height of its usage in 1907, 0.005% of baby girls were named Otha. It had a ranking of #982 then. The baby name has seen a decline in frequency since then, and is used on a very modest scale today. Within all girl names in its family, Otha was nevertheless the most popular in 2018. Otha has mainly been a boy name in the last century. There were 4 times more boys than girls who were named Otha in 1907. 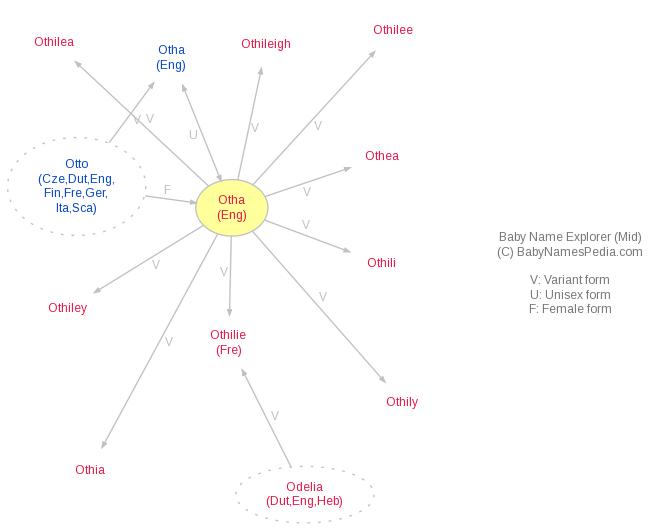