What does Othello mean?

[ 3 syll. ot-hel-lo, oth-e-llo ] The baby boy name Othello is pronounced in English as ow-THEHL-ow †. Othello has its origins in the Germanic language. It is used largely in the English, French, Italian, and Spanish languages.

In addition, Othello is a familiar form of Otto in the English, French, Italian, and Spanish languages.

Variant forms of Othello include the Italian Otello and the name Otón.

Variant forms share the origin and meaning of the name Othello.

Another variant of Othello is the English familiar form Thell.

Othello is irregularly used as a baby boy name. It is ranked outside of the top 1000. In 2018, among the family of boy names directly linked to Othello, Otto was the most commonly used. 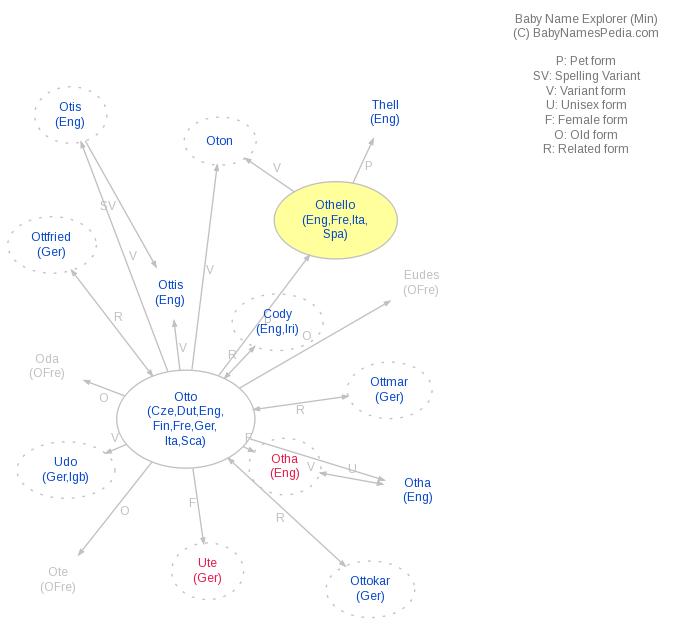