What does Otis mean?

[ 2 syll. o-tis, ot-is ] The baby boy name Otis is pronounced as OWTihZ †. Otis is used mostly in English and its language of origin is Germanic. The meaning of Otis is son of Otto. The first name is derived from the surname, which is of the meaning 'son of Ote'; Ote is the medieval form of Otto. In America, the name has sometimes been bestowed in honor of the Revolutionary politician James Otis (1725-1783) who campaigned for American rights, as well as the influential soul singer Otis Redding (1941-1967).

Otis is a derivative (English) of Otto.

Otis is a classic favorite. Today it is still somewhat popular as a baby boy name, but not to the degree it was in the past. Its usage peaked in 1909 with 0.151% of baby boys being named Otis. It was #100 in rank then. The baby name has fallen out of favor since then, and in recent times it is of very modest use. In 2018, its usage was only 0.017% and its ranking #739. Among the family of boy names directly related to Otis, Otto was the most commonly used. In 2018, the name was twice as popular as Otis. 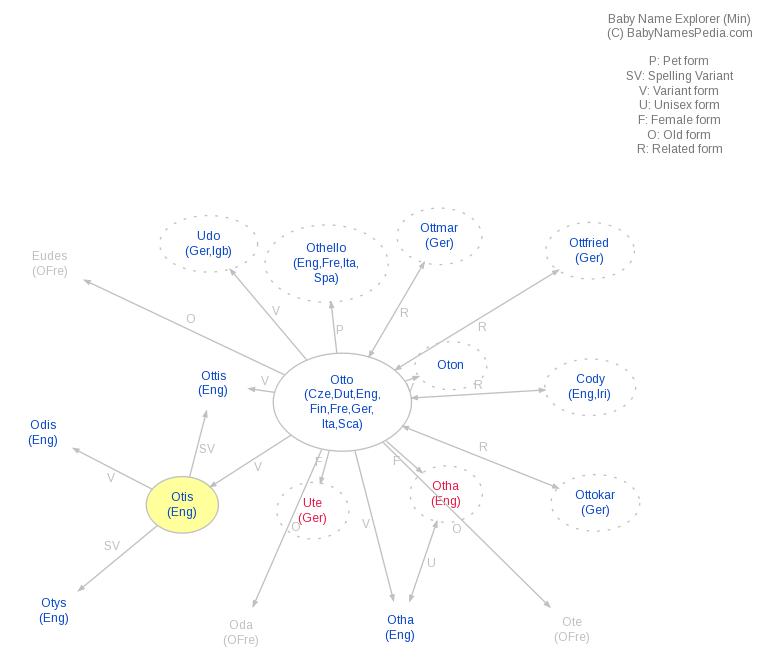