What does Ottokar mean?

[ 3 syll. ot-to-kar, ott-ok-ar ] The baby boy name Ottokar is pronounced as AOTTow-KaaR †. Ottokar is a German name of Germanic origin. It is a two-element name derived from the words 'uod' + 'wacar' meaning wealth, fortune + vigilant, watchful respectively. Original forms of Ottokar include Odoacer (Germanic), Odovacar (Germanic), Odowakar (Germanic), and Odowaker (Germanic). The name was borne by Odovacar (435-493), who overthrew the last Roman emperor and became the first Germanic king of Italy; he was later assassinated by his rival Theodoric. The name was later borne by two kings of Bohemia in the 13th century.

Ottokar is not frequently used as a baby boy name. It is not ranked within the top 1000. Among the family of boy names directly linked to Ottokar, Otto was the most regularly used in 2018. 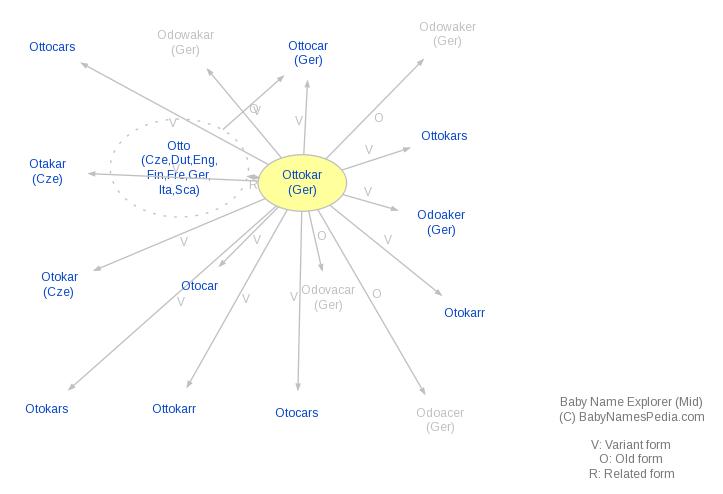