What does Pal mean?

In addition, Pal is a variant form of the Dutch, English, French, and German name Paul in the Hungarian and Scandinavian languages.

The names Paal and Pall are variant forms of Pal.

Pal is not frequently used as a baby boy name. It is not ranked within the top 1000. In 2018, out of the family of boy names directly linked to Pal, Paul was the most popular. 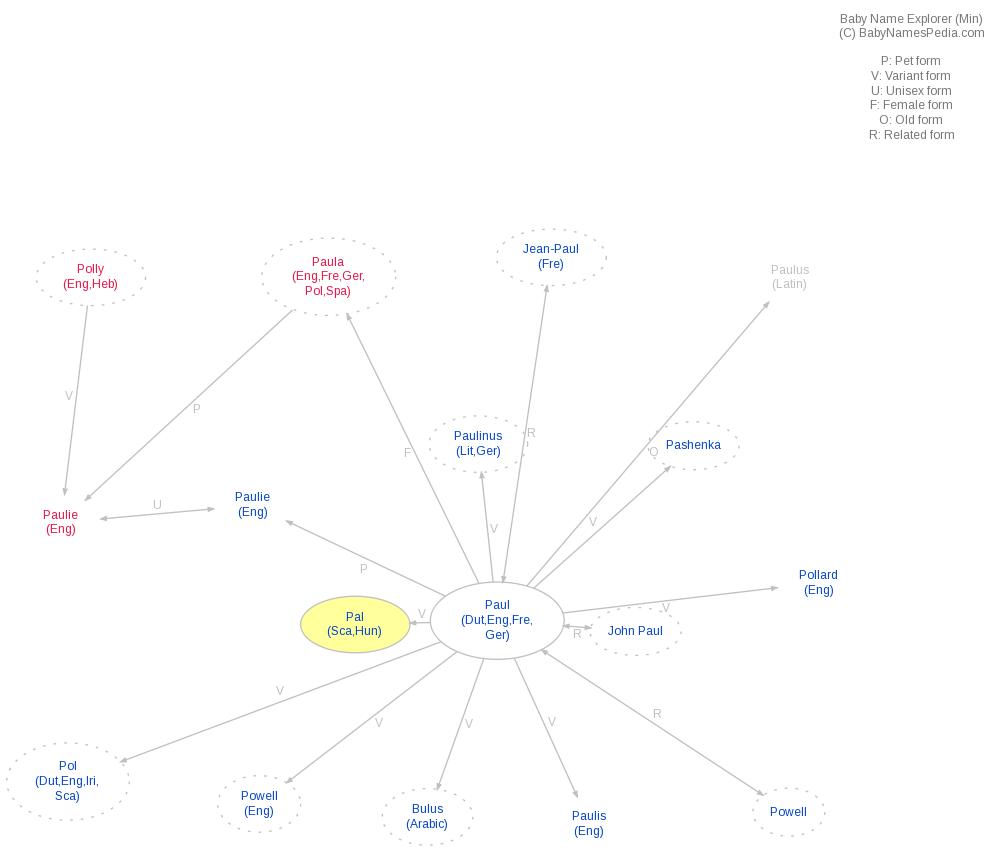