What does Palmer mean?

[ 2 syll. pal-mer, pa-lm-er ] The baby girl name Palmer is also used as a boy name, with the latter form being slightly more popular. It is pronounced as PAARMehR †. Palmer has its origins in the Latin language.

In addition, Palmer is a contracted form of the Hungarian, Italian, Portuguese, and Spanish Palmira.

A form of Palmer is the name Palmir.

Palmer is rather popular as a baby girl name. The name has been growing in popularity since the 2010s; prior to that, it was of only very light use. Its usage peaked modestly in 2018 with 0.023% of baby girls being named Palmer. It had a ranking of #679 then. Among all girl names in its family, Palmer was the most regularly used in 2018. Palmer has mainly been a boy name in the last century. 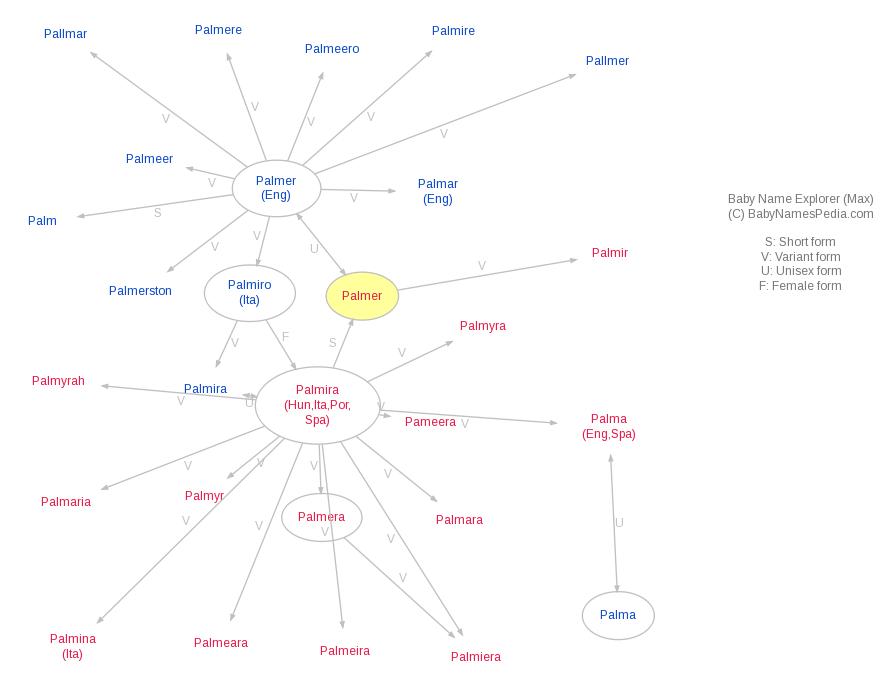