What does Paloma mean?

[ 3 syll. pa-lo-ma, pal-oma ] The baby girl name Paloma is pronounced as Pae-LOW-Maa- †. Paloma is used chiefly in the English, Hungarian, and Spanish languages, and it is derived from Latin origins. The name is derived ultimately from the Latin 'palumba' (meaning dove, pigeon); its adoption may have been aided by association with the gentle nature of the dove. The name is also associated with the Spanish title 'Virgen de la Paloma' meaning 'virgin of the dove' in reference to the Virgin Mary; the dove is a Christian symbol of the Holy Spirit. 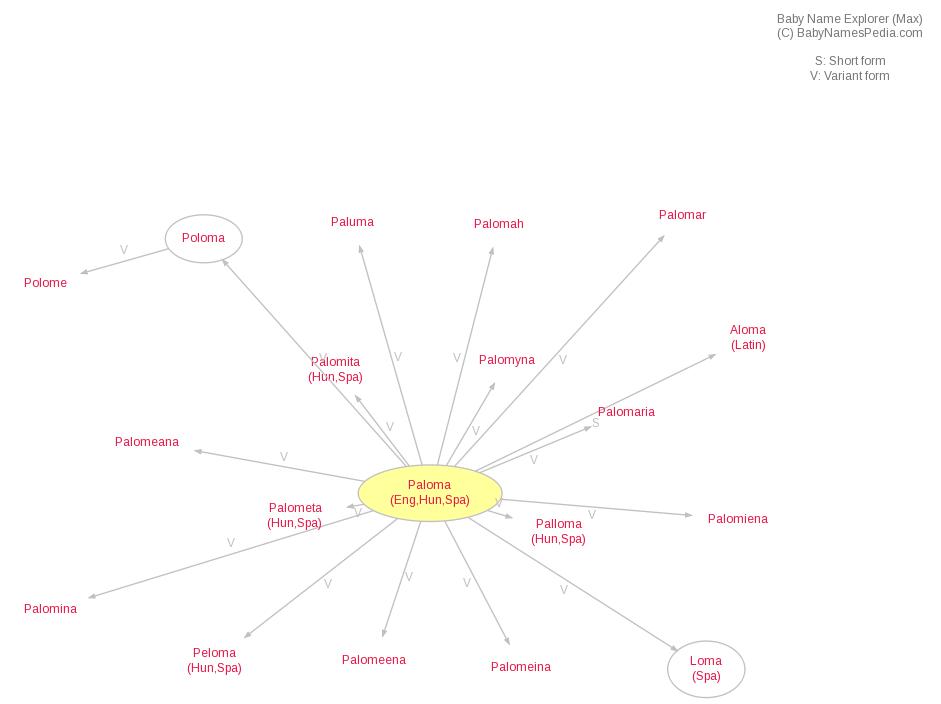