What does Pandora mean?

[ 3 syll. pan-do-ra, pa-nd-ora ] The baby girl name Pandora is pronounced PaeN-DOWR-ah (English) †. Pandora's language of origin is Old Greek, and it is used largely in the English and German languages. The name is of the meaning 'all gifts, many-gifted'. It is derived from pan meaning 'all, every' ; doron 'gift'. The name was borne in Greek mythology by the first woman, who was created to punish mankind for Prometheus' theft of the secret of fire; various gods contributed in her creation by giving seductive gifts. She later opened a jar, also known as Pandora's box, thereby releasing all evil on mankind and leaving hope inside. Due to the negative associations, the name has not been much used by English speakers, especially before the 20th century.

Pandorah (English variant spelling) is another form of Pandora.

Pandora is rare as a baby name for girls. At the modest peak of its usage in 1952, 0.007% of baby girls were given the name Pandora. Its ranking then was #785. The baby name has since experienced a drop in popularity, and is of only infrequent use today. Out of all girl names in its group, Pandora was nonetheless the most popular in 2018. 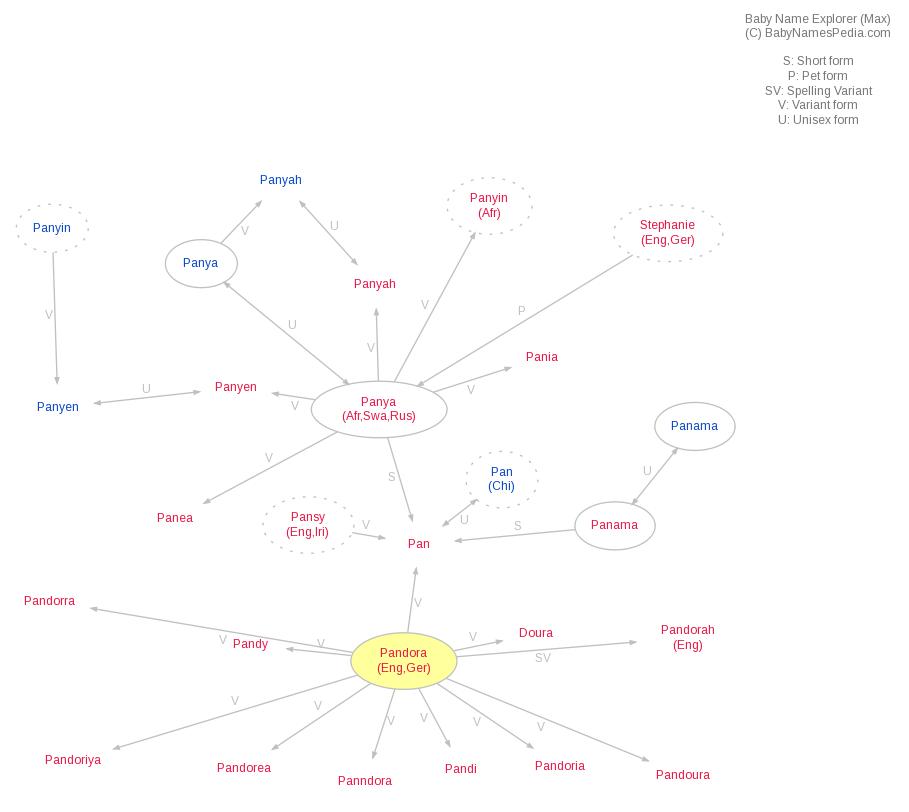