What does Pansy mean?

[ 2 syll. pan-sy, pa-nsy ] The baby girl name Pansy is pronounced as PAENZiy- †. Pansy is used chiefly in the English and Irish languages. It is derived from English origins. The first name is derived from the English flower name, which is itself from the Old French 'pensee'. It was adopted by English speakers during the vogue for flower names in the 19th century, although it has never been used as much as the other flower names. Its use as a slang for effeminate men has also decreased its popularity.

Variant forms share the origin and meaning of Pansy.

Pansey (variant spelling in English) is another form of Pansy.

Pansy is unusual as a baby girl name. Its usage peaked modestly in 1904 with 0.036% of baby girls being given the name Pansy. It was #316 in rank then. The baby name has experienced a marked fall in popularity since then, and is today of sporadic use. Among all girl names in its family, Pansy was nonetheless the most popular in 2018. 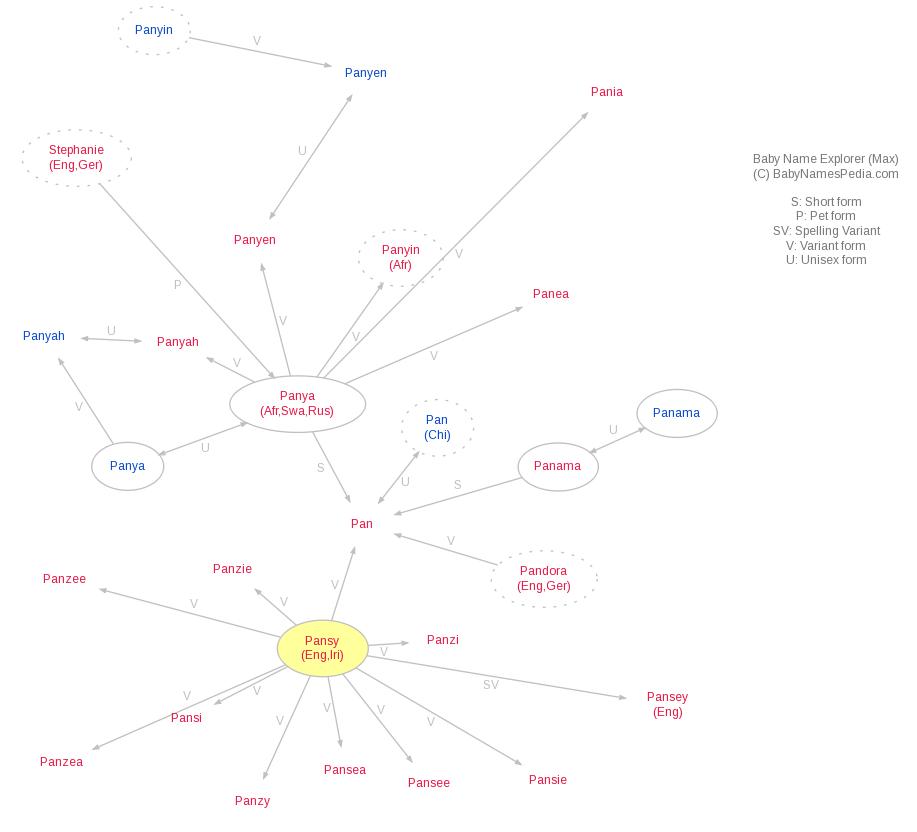