What does Pascale mean?

[ 2 syll. pas-ca-le, pa-sc-ale ] The baby girl name Pascale is also used as a boy name. It is pronounced as PaeS-KAEL †. Pascale's language of origin is Latin. It is predominantly used in English and French. The meaning of Pascale is 'of Easter'. It is derived from Pascha which means 'Easter' ; pesach 'Passover'. Pascale is the feminine equivalent of the English, French, and German Pascal.

Pascale has 18 forms that are used in English and foreign languages. English forms of the name include Pascala, Pascaleh, Pascalette, Pascalia, Pascalina, Pascaline, Pascalla, Pascalle, Pascha, Paschal, Paschale, Paschelle, Pasclina, Pasqua, and Pesha. Forms used in foreign languages include the Hebrew Pascua, the Spanish Pascuala, and the Italian Pasqualina.

Pascale is not popular as a baby girl name. It is not in the top 1000 names. 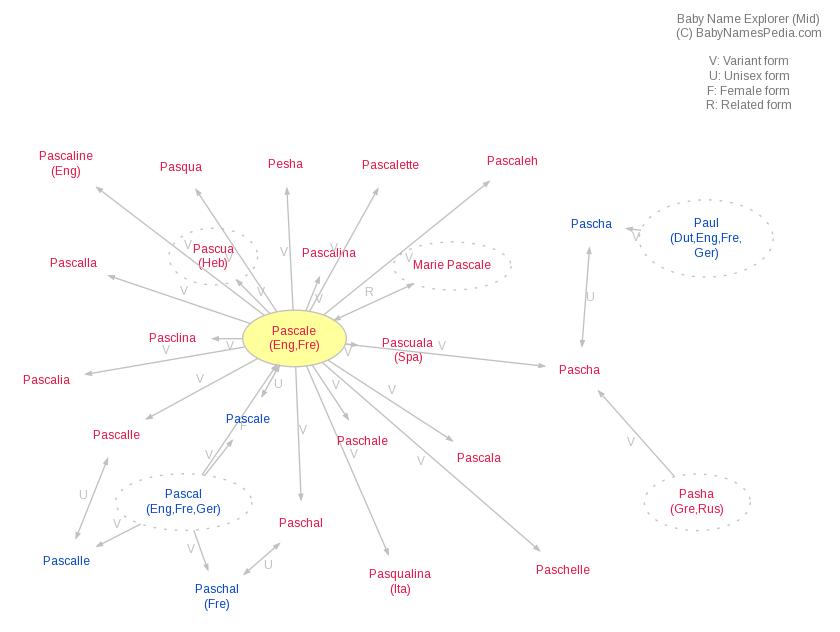