What does Paula mean?

[ 2 syll. pau-la, pa-ula ] The baby girl name Paula is pronounced PAOL-ah in English or PAW-Laa in German and Polish †. Paula's language of origin is Latin. It is predominantly used in English, French, German, Polish, and Spanish. It is derived from the word paulus which is of the meaning 'little, humble'. The name developed as a Latinate feminine form of Paul. It was borne by several minor Christian saints, most notably Saint Paula (347-404), patron saint of widows. The name was first adopted in the Middle Ages by English speakers. Paula is the feminine equivalent of the Dutch, English, French, and German Paul.

The name Paula is widely used; it has 42 forms that are used in English and foreign languages. English forms of the name include Lapaula, Lepaula, Paliki, Paoletta, Paulann, Paulena, Paulene, Pauleta, Paulete, Pauletha, Pauletta, Pauli, Paulina (used in German and Slavic too), Pauline (used in French and German too), Paulinique, Paulisa, Paulita (used in Spanish too), Paulla, Pauly, Pavia, Pavleena, Pavliena, Pavlyna, Pawla, Polli, and Pollie. Other English variants include the familiar forms Paulette (used in French too), Paulie, and Polly.

Paula is an all-time favorite. Currently it is still a somewhat popular baby girl name, but to a lesser degree than it was previously. At the height of its usage in 1963, 0.510% of baby girls were named Paula. It was #42 in rank then. The baby name has seen a steep decline in frequency since then, and in recent times it is used only on a modest scale. In 2018, it ranked at #793 with a usage of 0.018%, but it was nevertheless the most popular within all girl names in its family. Paula was used 17% more than the 2nd most popular name, Paulina, in 2018. 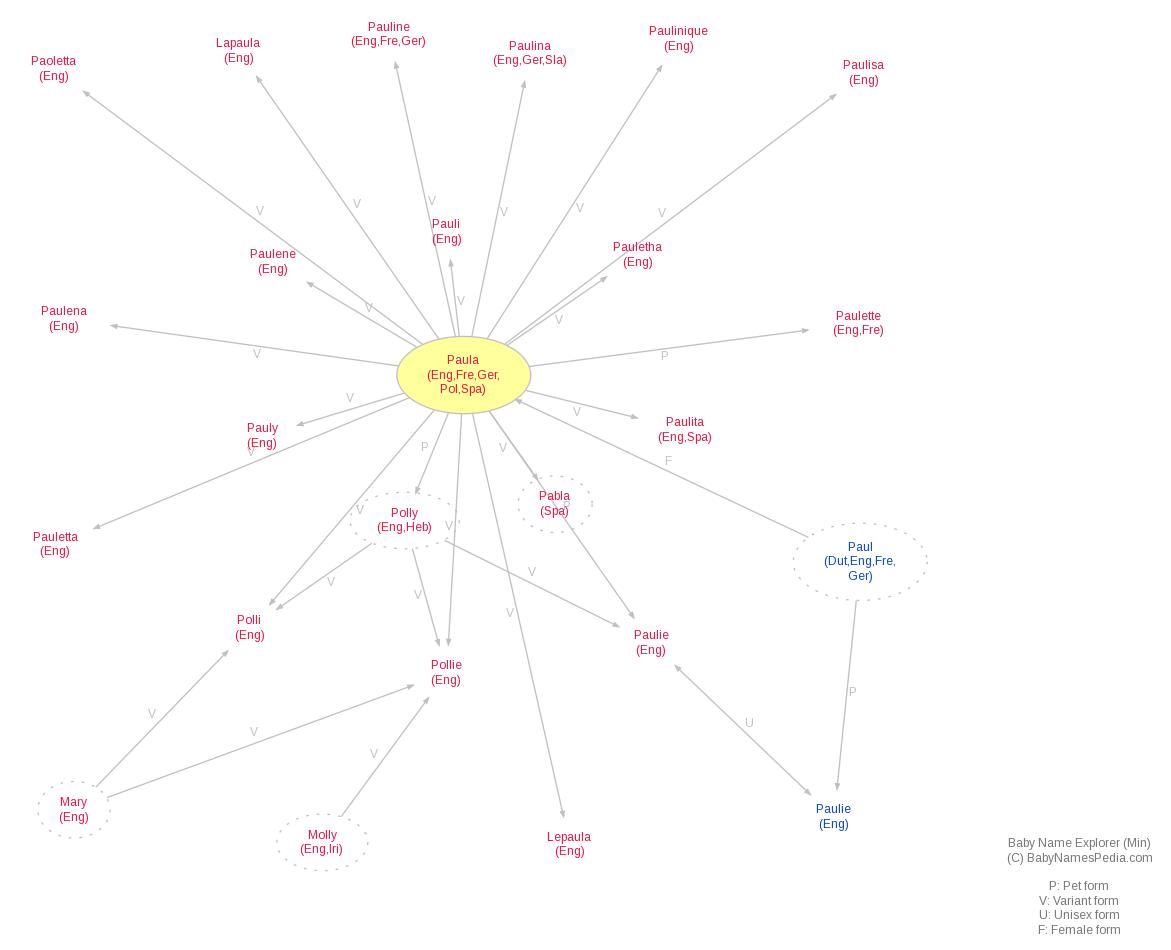