What does Paulie mean?

[ syll. pau-lie, pa-ul-ie ] The baby girl name Paulie is also used as a boy name. It is pronounced PAO-Liy- †. Paulie has its origins in the Latin language and it is used largely in English.

Paulie is a familiar form of the English, French, German, Polish, and Spanish Paula in the English language.

Paulie is also a form of the English and Hebrew Polly.

Paulie is not popular as a baby girl name. It is not in the top 1000 names. In 2018, within the family of girl names directly related to Paulie, Paula was the most regularly used. 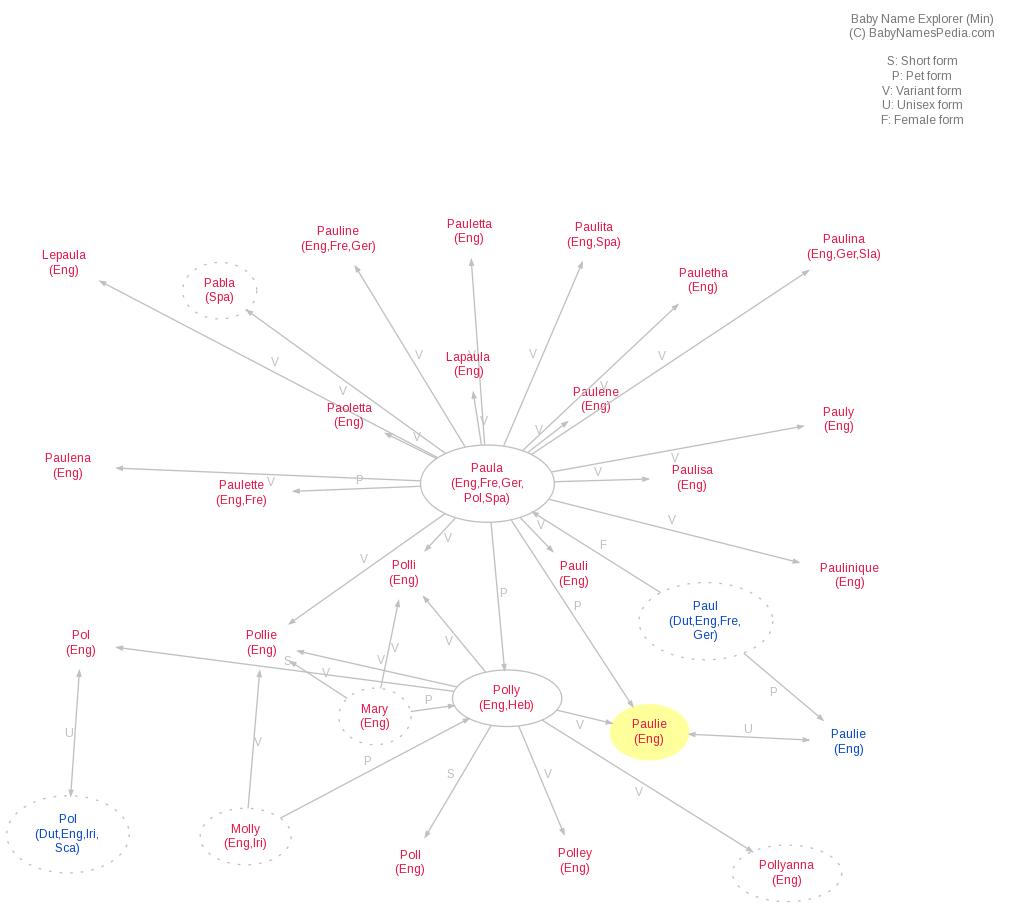