What does Pauline mean?

Pauline is unusual as a baby girl name. Its usage peaked in 1915 with 0.619% of baby girls being named Pauline. It was #32 in rank then. The baby name has fallen out of favor since then, and is currently of irregular use. Among the family of girl names directly related to Pauline, Paula was the most commonly used in 2018. Pauline has primarily been a baby girl name, though in the last century it has also been used for boys. In 1910, 83 times as many baby girls than boys were given the name Pauline. 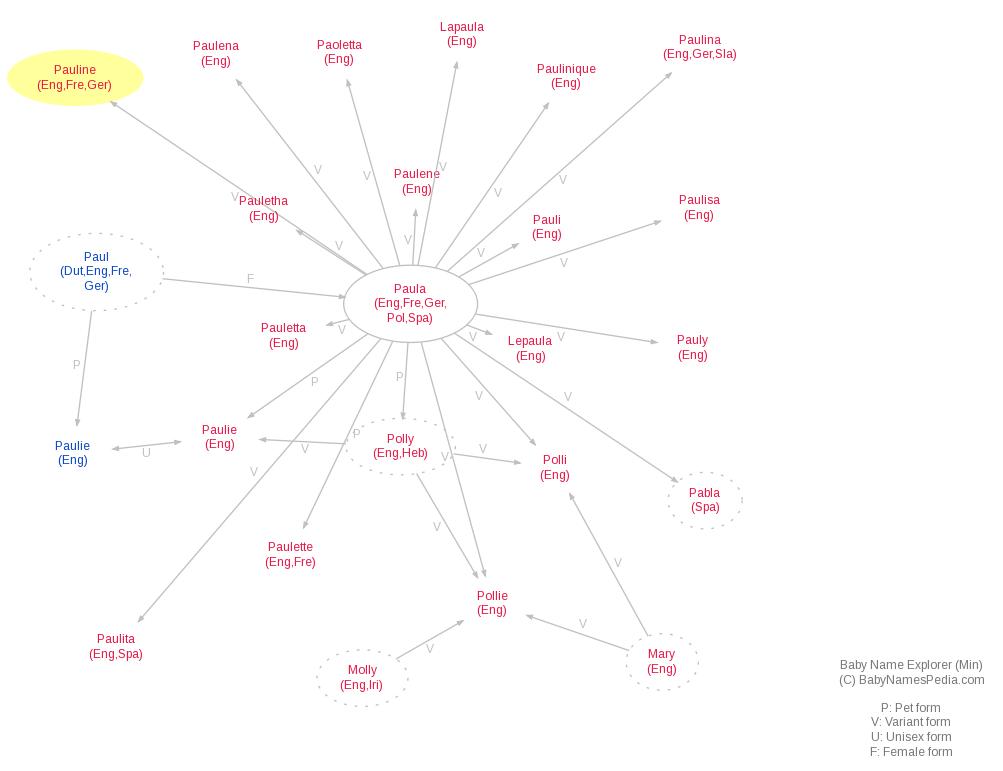