What does Paulinus mean?

[ syll. pau-li-nus, pa-ulin-us ] The baby boy name Paulinus is pronounced as PAO-LAYNAHS †. Paulinus' language of origin is Latin, and it is used mainly in the Lithuanian and German languages. Biblical name: Paulinus (Latin) is an original form of Paulinus. Paulinus is derived from the Latin Paulus. The name was borne by Saint Paulinus of Nola (354-431), a Roman senator who became bishop of Nola.

In addition, Paulinus is a variation (Lithuanian) of Paul (Dutch, English, French, and German).

Variations of Paulinus include Paulinas and Paulino (Portuguese and Spanish).

The origin and meaning of Paulinus is inherited by all variant forms.

Paulinus is unusual as a baby name for boys. It is not listed in the top 1000 names. Among the group of boy names directly linked to Paulinus, Paul was the most frequently used in 2018.

Baby names that sound like Paulinus include Paulinas, Palmacio, Polonius, Polynikes, and Palma. 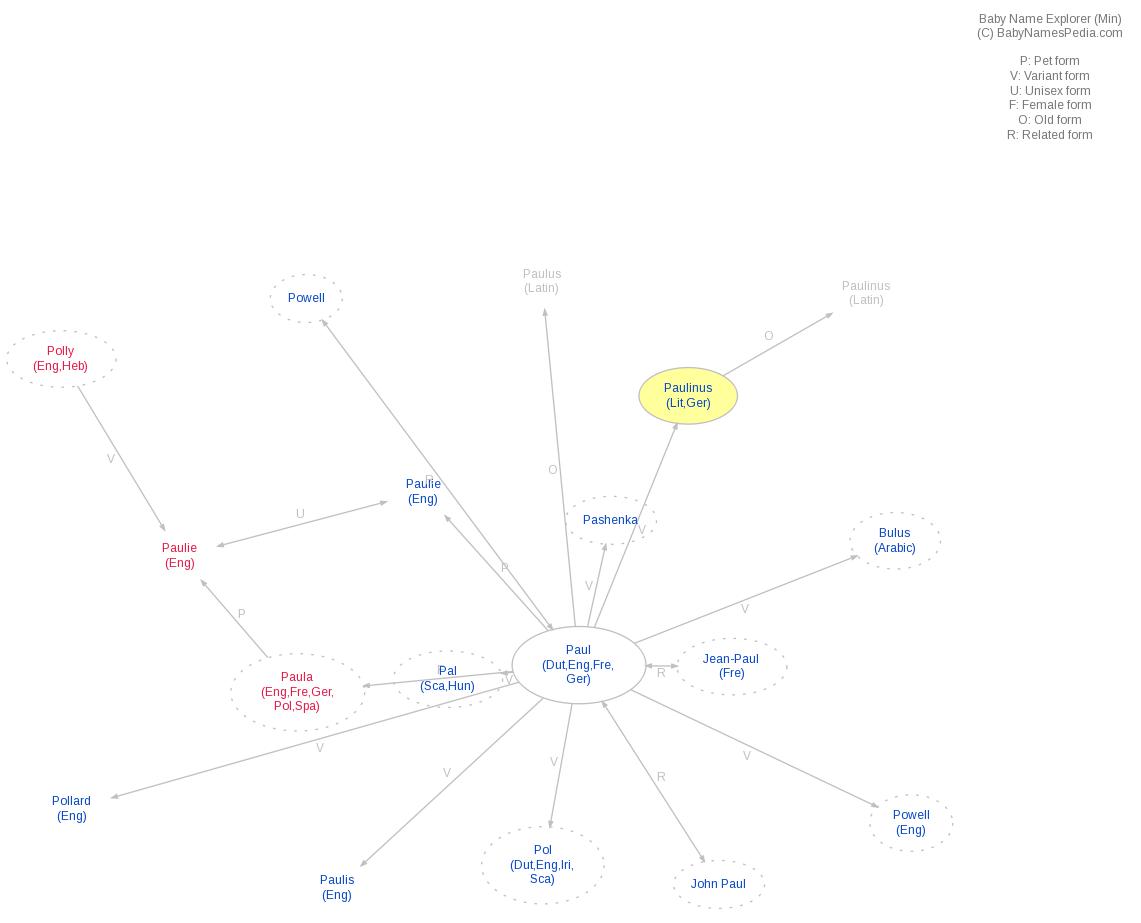