What does Pavana mean?

[ 3 syll. pa-va-na, pav-ana ] The baby girl name Pavana is pronounced as PaaVahNaa-, PaaVahNuw- or Pae-VahNuw- †. Pavana is used predominantly in Indian and its origin is Sanskrit. The name Pavana means holy, sacred.

The name Paavana (Indian) is a variation of Pavana.

Pavana is not often used as a baby girl name. It is not listed within the top 1000. 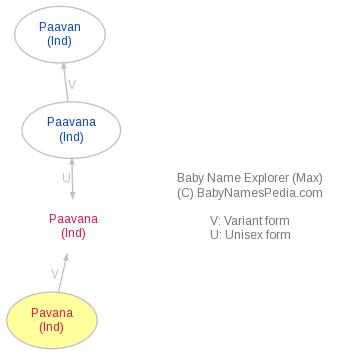