What does Paxton mean?

[ 2 syll. pax-ton, pa-xt-on ] The baby boy name Paxton is also used as a girl name, but the use for boys is much more common. Its pronunciation is PAHKSTahN †. Paxton is used chiefly in the Irish, English, and German languages, and its origin is Latin and Old English. From Old English roots, its meaning is from the peaceful town - in this context, Paxton can be used in the English and German languages.

In addition, Paxton is a variant of the name Patrick (English, French, Gaelic, German, and Irish) in the Irish language.

Paxton is a popular baby name for boys, and it is also viewed as trendy. The name's popularity has been rising since the 1990s; before that, it was of very modest use only. At the recent peak of its usage in 2016, 0.098% of baby boys were given the name Paxton. It ranked at #203 then. In 2018, its usage was 0.087% and its ranking #221. Out of the group of boy names directly linked to Paxton, Patrick was the most regularly used. In 2018, it was used 26% more than Paxton. In the past century Paxton has mostly been a baby boy name.

Baby names that sound like Paxton include the names the name Piktin and the name Poseidón. 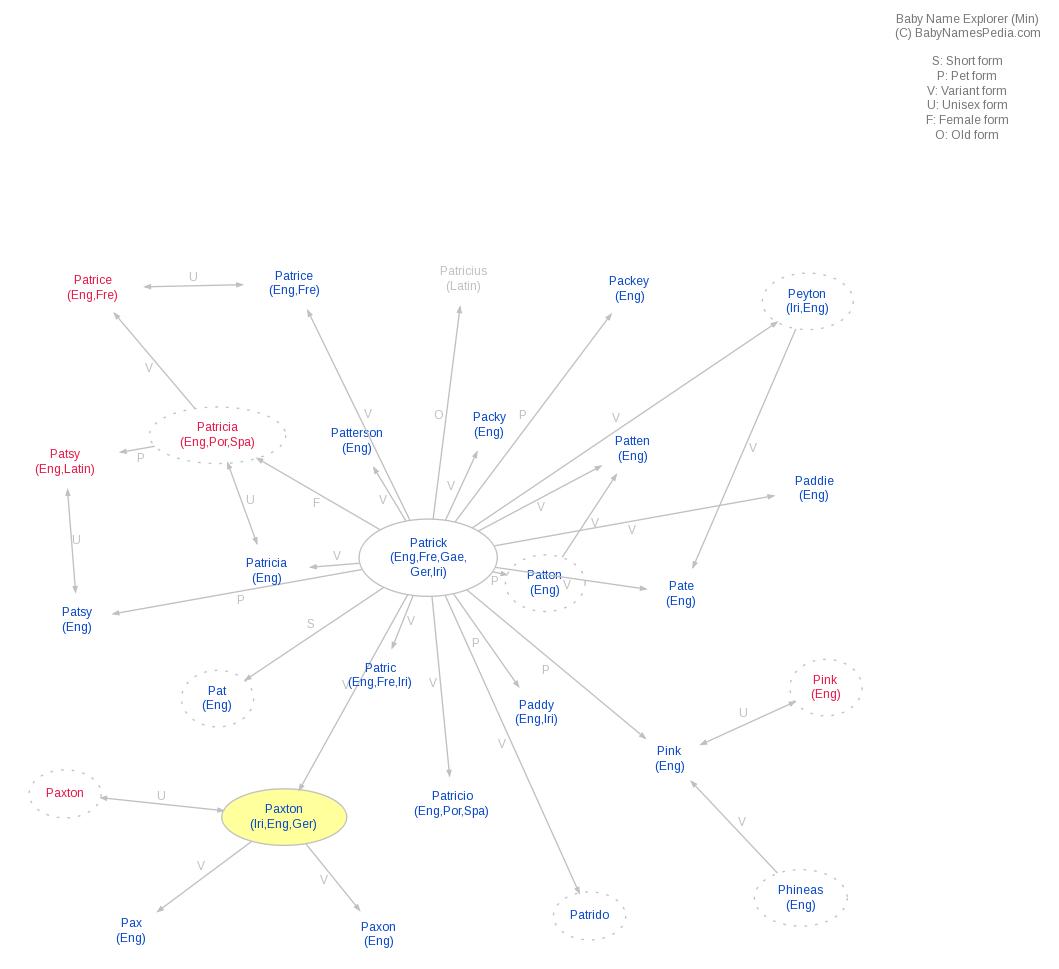