What does Pelayo mean?

[ 3 syll. pe-la-yo, pel-ayo ] The baby boy name Pelayo is pronounced as PeyLEYow †. Pelayo is derived from Old Greek origins. The meaning of the name is sailor.

In addition, Pelayo is a variant of the name Pelagios (Greek).

The names Palayo and Pelagio are variants of Pelayo.

Layo (familiar form in ) is another variant of Pelayo.

Pelayo is not frequently used as a baby boy name. It is not listed in the top 1000. 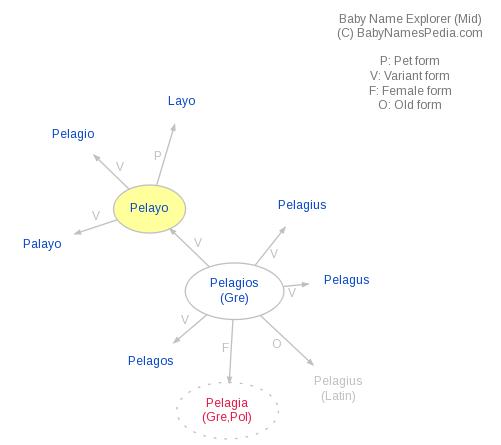