What does Penelope mean?

[ 4 syll. pe-ne-lo-pe, pen-el-ope ] The baby girl name Penelope is pronounced as Pah-NEHL-ah-Piy (English) †. Penelope is used chiefly in English and German, and it is derived from Old Greek origins. It is from the elements 'penelops' which means duck ; 'pene' thread, web ; 'ops' voice. The name is derived from either the Greek 'penelops' or 'pene' (meaning thread, web). The name was borne in Greek legend by the faithful wife of Odysseus, who waited twenty years for his return; she resisted her suitors by insisting that she finish weaving a burial shroud for her father-in-law and then secretly unpicking the thread every day.

Penelope is very popular as a baby name for girls, and it is also regarded as trendy. The name's popularity has been rising since the 2000s. At the modest peak of its usage in 2017, 0.354% of baby girls were named Penelope. It ranked at #24 then. In 2018, its usage was 0.351% and its ranking #26, and it was the most popular out of all girl names in its group. In 2018, 18 times more girls were named Penelope than the subsequent ranked name, Penny. 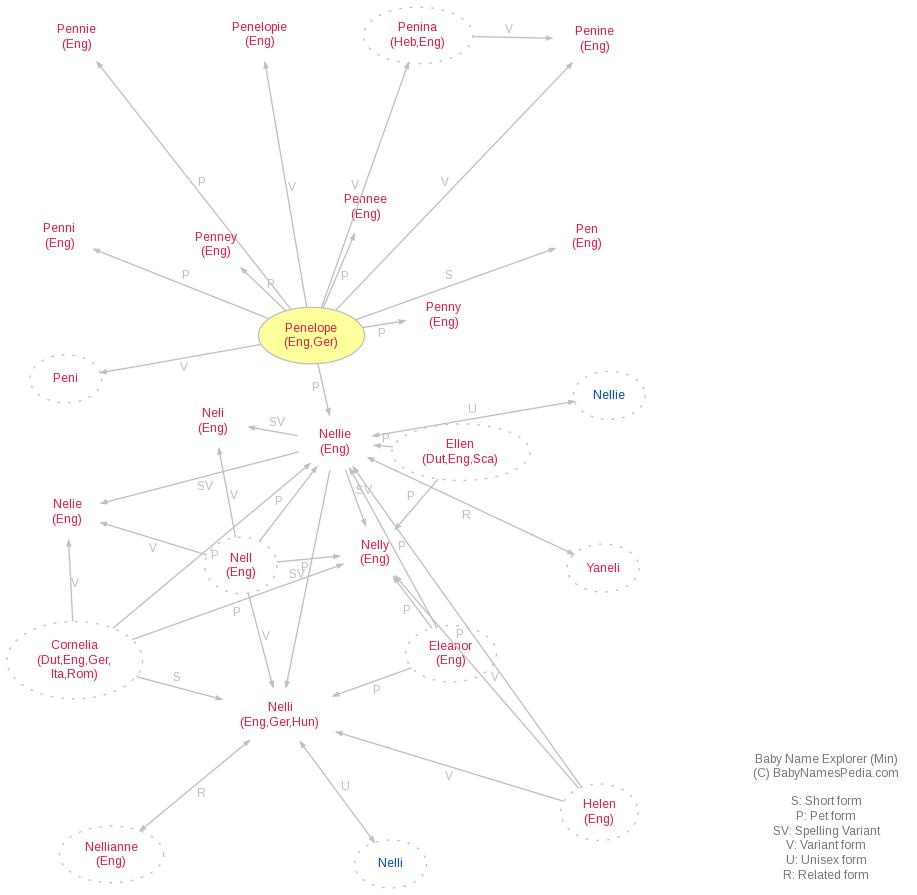