What does Peregrine mean?

[ 3 syll. pe-re-gri-ne, per-egr-ine ] The baby boy name Peregrine is also used as a girl name. Its pronunciation is P-EReh-GRihN †. Peregrine is largely used in the English language and it is derived from Latin origins. It is derived from the element 'peregrinus' meaning stranger, foreigner, traveller, pilgrim. Peregrinus (Latin) is an old form of Peregrine. The first name shares the same root as the name of the peregrine falcon, which is named for its long-range flights. Several early Christian saints bore the name, including Saint Peregrine (-182) who was martyred under the emperor Commodus. Among early Christians, the name had often been associated with the notion that life on earth is a temporary transit. The name has long been borne by Roman Catholics, often in honor of the saints. It was first adopted by English speakers in the 13th century; in the 18th century the name was popularized by the Tobias Smollett novel The Adventures of Peregrine Pickle (1751).

Peregrine has 15 variants that are used in English and other languages. Variants used in English include Pelgrim, Peregreen, Peregrein, Peregreyn, Peregrien, Peregrin (used in Czech and German too), Peregrino, Peregrinus, Peregryn, and Pippin. The short forms Perine and Perrin, and the pet form Perry are other English variants. Pellegrino (Italian) and Perrino (Italian) are foreign variants of Peregrine.

Peregrine is infrequently used as a baby name for boys. It is listed outside of the top 1000 names. 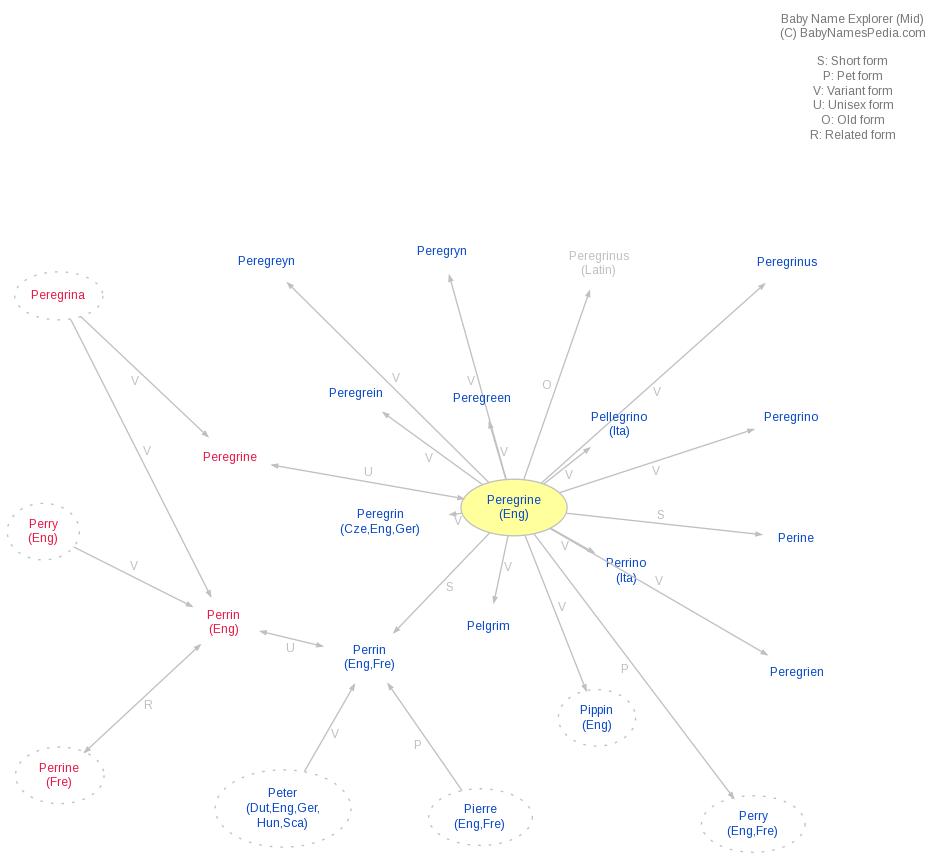