What does Persia mean?

[ 2 syll. per-sia, pe-rs-ia ] The baby girl name Persia is pronounced as P-ERZ-ah- †. Persia is largely used in English, and it is derived from English and Old Greek origins. From English roots, its meaning is from Persia. It represents the transferred use of the geographic name as a given name.

Persia is a variant transcription of the name Persis (English and Greek).

Persia is seldom used as a baby name for girls. It is not listed within the top 1000 names. 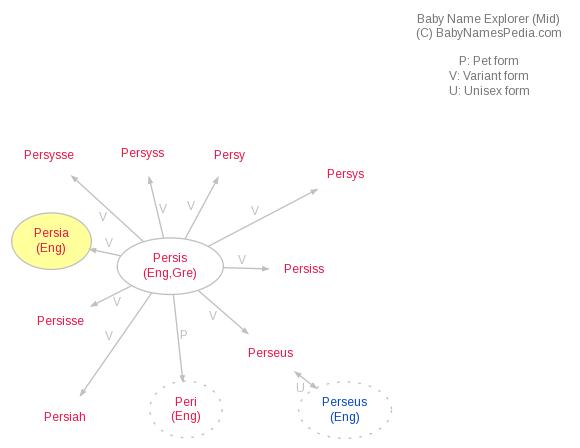