What does Petra mean?

[ 2 syll. pe-tra, pet-ra ] The baby girl name Petra is pronounced PEHT-Rah in English †. Petra is of Old Greek origin. It is used mainly in English, German, Hungarian, Polish, and Spanish. The name is a modern feminine form of Peter, representing the Late Latin petra, from the Old Greek petros (meaning 'rock, stone'). It was made known in 1812 after the discovery of the archaeological ruins of the ancient Jordanian city of Petra, which is known for its rock-cut architecture. The first name was adopted by English speakers in the mid-20th century. Petra is the feminine version of the Dutch, English, German, Hungarian, and Scandinavian Peter.

Petra is uncommon as a baby girl name. At the modest height of its usage in 1929, 0.016% of baby girls were named Petra. It was #493 in rank then. The baby name has seen a marked drop in popularity since then, and is currently used only on an infrequent scale. Within all girl names in its family, Petra was nevertheless the most popular in 2018. 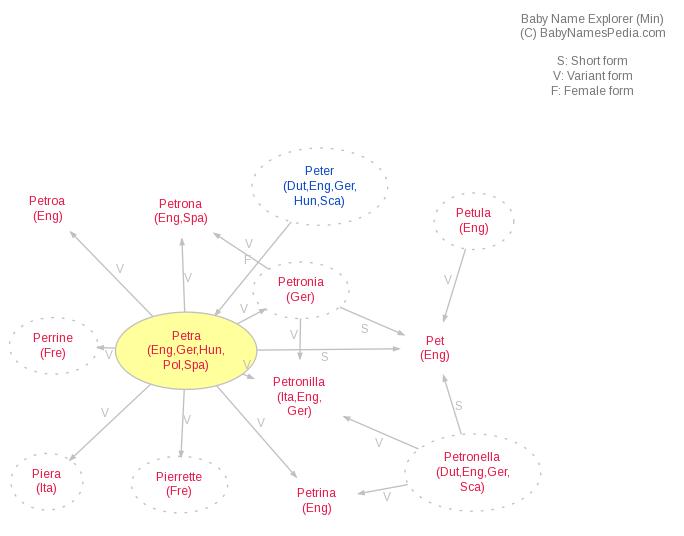