What does Petronella mean?

[ 4 syll. pe-tro-nel-la, pet-rone-lla ] The baby girl name Petronella is pronounced as PehTRow-NEHL-aa- †. Petronella is used chiefly in the Dutch, English, German, and Scandinavian languages. Its origin is Latin. The name is ultimately derived from the feminine diminutive of the Roman family name Petronius. It was borne by a 1st-century martyr believed by some to be the daughter of the apostle Peter. This association has sometimes led the name to be used as a feminine equivalent of Peter. It also boosted the popularity of the name during the Middle Ages, and it was during this period that Petronella was first adopted as a given name by English speakers. The forms Pernel, Parnel were associated with prostitutes in Middle English, and they later dropped out of use by the 19th century.

In addition, Petronella is a variant of the name Petronia (German) in the Dutch, English, German, and Scandinavian languages.

Variant forms share the origin and thus the meaning of Petronella.

Petronella is not frequently used as a baby girl name. It is not listed in the top 1000.

Baby names that sound like Petronella include Petronela, Petronilla, Petronel, and Petronelle. 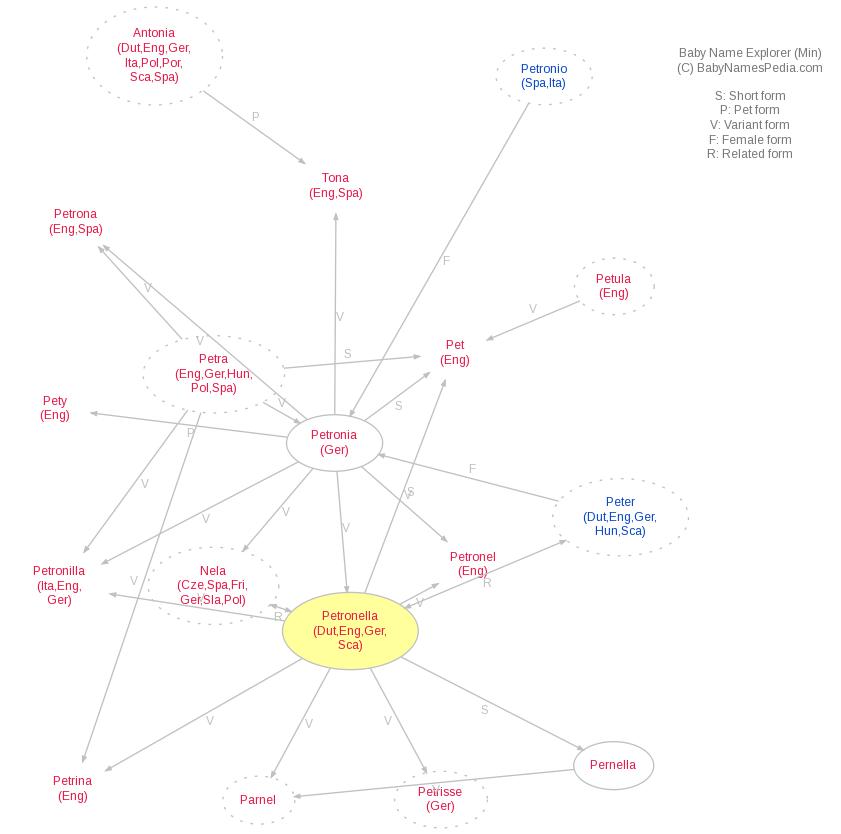