What does Phaedra mean?

[ 2 syll. (p)hae-dra, ph-aed-ra ] The baby girl name Phaedra is pronounced as FAY-DRah- or FIY-DRah- †. Phaedra is an English and German name of Old Greek origin. It is derived from the element 'phaidros' which is of the meaning bright. The name was borne in Greek mythology by the daughter of Minos, and wife of Theseus.

Phaedra is an English spelling variant of the Greek name Phaidra.

Phaedra has 12 forms that are used in English and other languages. English forms include Faydra, Phadra, Phadrah, Phae, Phaedre, Phaydra, Phe, Phedra (used in German as well), and Phedre. Forms of Phaedra used in other languages include the Spanish Fedra and the French Phèdre.

Phaedra is uncommon as a baby name for girls. It is not in the top 1000 names. 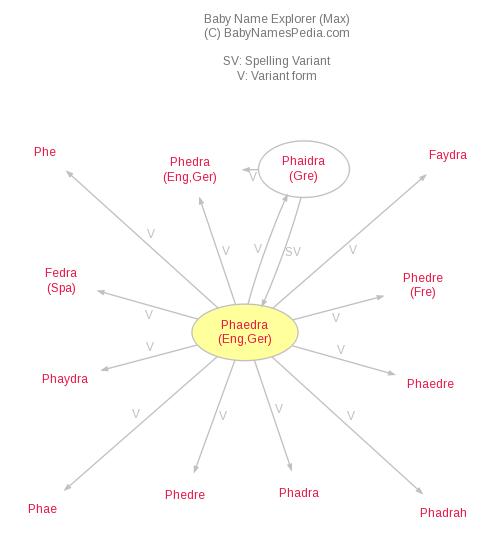